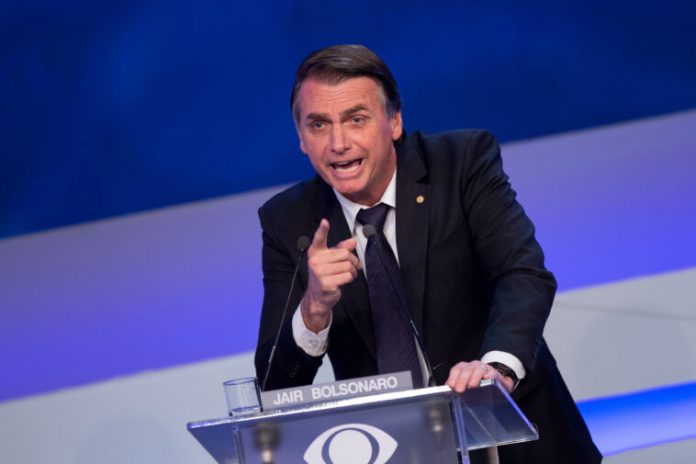 In a comical Twitter tirade, Brazil’s Bolsonaro blasted radical climate campaigners Greta Thurnberg and Leonardo DiCaprio, whom he referred to as Greta Timberlake, for their concerns over deforestation under his rule.

That tirade was in reply to a statement made by actor Leonardo DiCaprio, who wrote:

“How extensive is deforestation in Amazonia, one of the most important places on the planet for people & wildlife? According to this map from @mapbiomas, the region has faced an onslaught of illegal deforestation at the hands of the extractive industry over the last 3 years.”

Additionally, DiCaprio tweeted a video of the purported deforestation.

How extensive is deforestation in Amazonia, one of the most important places on the planet for people & wildlife? According to this map from @mapbiomas, the region has faced an onslaught of illegal deforestation at the hands of extractive industry over the last 3 years. pic.twitter.com/BLxUC3S3z7

Bolsonaro responded vehemently, ridiculing DiCaprio for his hypocrisy in complaining about the environment while cruising on a big, gas-guzzling boat. Bolsonaro said, “You again, Leo? This way, you will become my best electoral cable, as we say in Brazil! I could tell you, again, to give up your yacht before lecturing the world, but I know progressives: you want to change the entire world but never yourselves, so I will let you off the hook.”

Bolsonaro then continued his tirade by criticizing DiCaprio for his peculiar fixation with Brazil while issues destroyed other, more nearby countries.

Bolsonaro continued to make fun of DiCaprio while justifying his own actions and making favorable comparisons to Brazil’s former, leftist president.

Bolsonaro added, “Actually, in my government average deforestation is way lower than it was in the past, when the crook turned candidate that your Brazilian buddy supports was in power. It’s clear that everyone who attacks Brazil and its sovereignty for the sake of virtue signaling doesn’t have a clue about the matter. They don’t know, for instance, that we preserve more than 80% of our native vegetation or that we have the cleanest energy among G20 nations.”

He continued his lengthy tirade by making remarks about other famous environmentalists and making fun of Leonardo DiCaprio for previously spreading false information.