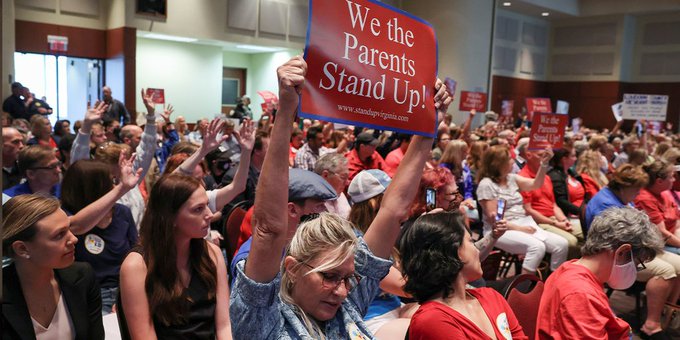 When family dining rooms and living rooms were transformed into remote classrooms during the COVID epidemic, parents around the nation gained a front-row view to their children’s education.

Many parents continue to be more actively involved in the educational process even though most schools have switched back to in-person instruction throughout the years.

In an effort to improve their local educational institutions, parents around the nation are appearing before school boards, asking to review curricula, and in some cases suing school districts or running for office themselves.

Parents in Georgia criticized a school system for deleting a contentious curriculum off the internet, which said that Marxism and critical race theory will be taught in Advanced Placement (AP) classes.

In California, a parent came forward to report that his third-grade daughter had been educated about being transgender.

When a youngster in Colorado was encouraged to join an art group and then learned it was a Gender and Sexuality Alliance, the mother withdrew her daughter from the public school.

“When schools reopen last year for in-person education, we wondered whether parents would continue to stay engaged in education issues, or whether this movement would fizzle out. We quickly learned that parents were even more worried than before, because they no longer had a window into their children’s educations,” Nicole Neily, president and founder of Parents Defending Education said in a recent interview.

Neily said that parents’ concerns were justified, citing a video of a Utah teacher who questioned if parents would object to her classroom’s design for pupils who are not White.