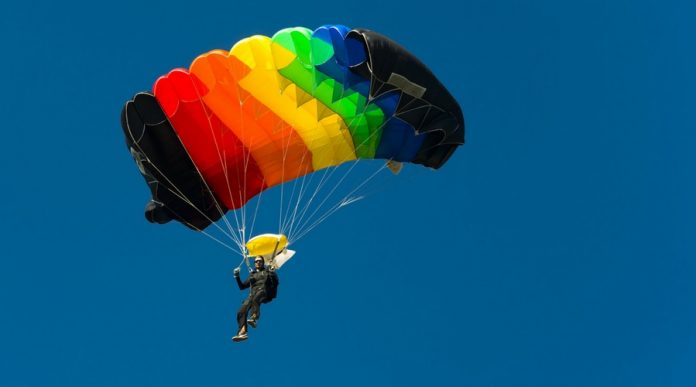 On Wednesday evening, US Capitol Police ordered an evacuation of the congressional complex following a parachute display prior to a Washington Nationals game, amid accusations that the force was never informed about the drill.

Speaker of the House Nancy Pelosi blamed the FAA for the mishap, saying the agency’s apparent failure to inform police of the flight was outrageous and irresponsible.

After receiving an alarm about 6:35 p.m., lawmakers, Capitol workers, and journalists scrambled. According to the report, Capitol Police were tracking an aircraft that posed a potential threat to the area. It called for the evacuation of the Capitol, its Visitor Center, some legislative office buildings, and the United States Botanic Garden.

The only plane in the area, however, was a utility plane transporting members of a parachute team who were there to participate in Military Appreciation Day celebrations before the Nationals’ game against the Arizona Diamondbacks.

Capitol Police retracted the alarm 13 minutes later, tweeting that there is no threat at the Capitol and that the order was issued out of an abundance of caution.

The US Army Golden Knights’ twin-engine plane had taken off from Joint Andrews Base in Maryland and was circling inside restricted airspace near the Capitol. According to the Associated Press, the pilot of the De Havilland Twin Otter may not have properly reported or received approval for the takeoff.

The Capitol was evacuated out of an abundance of caution this evening.

There is no threat at the Capitol.

Despite efforts to improve security following the Jan. 6, 2021 siege, which saw pro-Donald Trump rioters temporarily disrupt Congress’ certification of President Joe Biden’s victory in the 2020 presidential election, there appears to be a communication breakdown between Capitol police and the military.

In the days following the riot, Capitol police said they implemented modifications based on advice from numerous agencies. The agency had bragged about its Critical Incident Response Plan, which was supposed to coordinate an action plan between local, state, and federal manpower in the event of an emergency.

In a news statement issued in July 2021, police stated that they had greatly boosted the amount of information about collected intelligence and event preparation shared with sworn officers.

The surface-to-air missile defense systems in the capital region did not appear to have been disabled, according to the news agency. Military aircrews are also on standby to protect the area at all hours of the day.

Due to the Easter recess of the US House of Representatives and Senate, there were fewer politicians and staff people on-site than usual. By 6:50 p.m., the jet had returned to Andrews. after dropping the paratroopers off at Nationals Park, about a mile from the Capitol