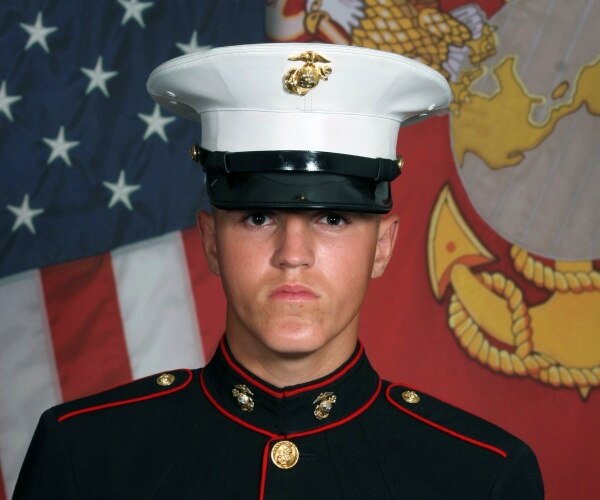 McCollum, 20 years old, was one of 13 U.S. military personnel killed in a terrorist attack at Hamid Karzai International Airport on Thursday.

A GoFundMe page, ”Rylee McCollum’s Child Education Fund,” set up by the Into the Breach Supply Co., reads that ”this is a fund specifically dedicated to the education and upbringing of Marine Rylee McCollum’s child who is expected for September. It will be remembered that he gave his life at HKIA in order to save the lives of others.

According to Breitbart, $504,280 had been raised as of Tuesday afternoon.

A second GoFundMe page, titled ”Love for Gigi,” was set up by Jill Crayton, McCollum’s mother-in-law, for McCollum’s widow and baby. Crayton stated that McCollum was 36 weeks pregnant at the time and had lost her love. I didn’t get to meet him but I will be meeting his baby and will spoil and love that baby forever. Please hold her in you heart and soul, she is sorely dependent on it. This mama knows what that feels like.

Breitbart reports that Crayton’s page has raised $28,166 so far.