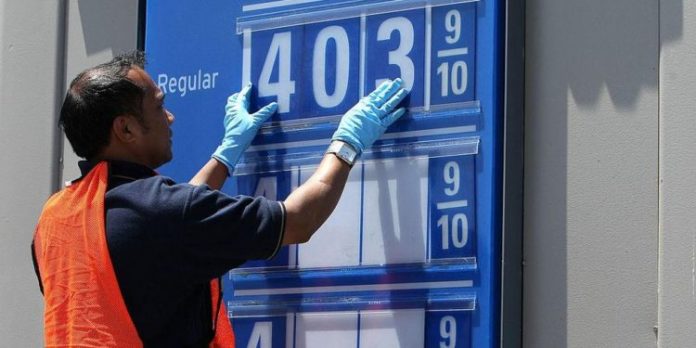 As soon as the markets opened on Wednesday morning, oil prices in the United States soared to levels not seen in more than a decade.

Brent crude futures were trading at more than $113.58 a barrel on the international market.

Futures for the US benchmark West Texas Intermediate jumped by 8% to $112 a barrel, according to the Washington Examiner.

This is the highest price for oil since 2011.

The rise in oil prices follows an agreement by the Organization of Petroleum Exporting Countries and its oil-producing allies to maintain production rates at current levels.

As a result of Russia’s escalating aggression in Ukraine, OPEC and its partners will increase output by 400,000 barrels per day in April.

According to Ed Moya, a market expert, crude prices can’t stop rising since a tight oil market will certainly see greater supply disruptions as the Ukraine conflict unfolds. If the oil market begins to believe that penalties against Russian energy are likely, Brent crude may rise above $120.

Members of the International Energy Agency announced plans to release 60 million barrels of oil reserves to battle the rising price of oil in an effort to lessen Western dependence on Russian and OPEC oil.

Russia is a major producer and exporter of natural gas in the world. Despite heavy sanctions imposed by NATO allies on Russia, the country’s energy sector has largely remained unaffected.

Oil prices surged to well over $100 a barrel in 2014, partly to supply concerns following Russia’s annexation of Crimea.