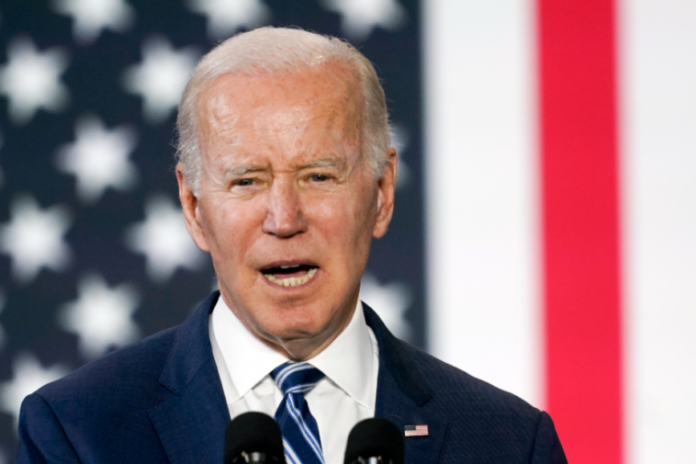 President Biden was recently criticized by a Fox News panel. The panel argued that the President’s recent assaults during the election campaign only serve to highlight his attempts to run against America.

On Wednesday, Kayleigh McEnany, the former press secretary for the White House, participated in the “Outnumbered” lunchtime panel discussion on Fox News. She made the case that the President and his campaign team lacked direction for the campaign.

A Fox News panel ripped into President Joe Biden on Wednesday, saying that his recent attacks only proved that he was… #BreakingNews #conservative #ConservativeNews #trump #republicanhttps://t.co/lChJ5YuPDY

She recalled many remarks Biden made and said they weren’t directed at a particular rival like Trump or DeSantis. Instead, it went after a number of Americans. She questioned how Biden hoped to sway election results in his favor after disparaging the majority of the country at the outset of his campaign.

Prior to appearing, McEnany on the program broadcast a clip of the President’s speech in Pennsylvania on Tuesday. Then, she added, “Well, forget that inauguration day promise of unity. President Biden again going on the attack, this time mocking supporters of the Second Amendment yesterday. For those brave, right-wing Americans who say, ‘It is all about keeping Americans independent and safe,’ if you want to fight against a country you need an F-15. You need something more than a gun.”

“I’m not joking. Think about this. Think about the rationale we use, that’s used to provide this, and who are they shooting at? They are shooting at these guys behind me. And this is why he goes to bed early.”

"He's running against America," @kayleighmcenany says of Biden. "His opponent is not Trump, it's not DeSantis, not whomever, but half of the country. The 'semi-fascists,' the 'F-15 people.'" @OutnumberedFNC pic.twitter.com/Bbl03jJ7Kv

Furthermore, Velicovich accused the President of repeatedly deceiving Americans by claiming he is a unifier. The second amendment, which the President just derided, she said, was what gave American individuals the ability to defend themselves. The second amendment, she said, served as a sort of security card for many Americans and shouldn’t be taken away just when they most needed it.

McEnany added his two cents and agreed with Velicovich. She claimed that after examining the President’s behavior, she was left with no other choice than to draw the conclusion that he sees himself as facing up against not just one person, but the entire country.