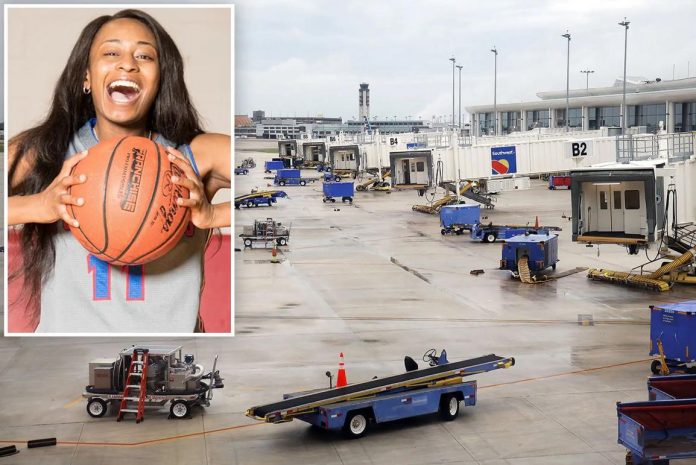 According to authorities, a baggage handler at a New Orleans airport died when her hair became entangled in a belt loader’s gear.

Around 10 p.m., Jermani Thompson, 26, was unloading a Frontier Airlines aircraft that was parked at Louis Armstrong New Orleans International Airport when the bizarre tragedy occurred. Tuesday, according to a spokesperson.

The horrifying incident took place on the apron, which is where planes are maintained, loaded, and unloaded, according to the station.

Following the event, Thompson was taken to the hospital where he was later pronounced deceased. As a result, Frontier canceled one flight for Wednesday.

“We extend our deepest condolences following the tragic death of a member of our ground handling business partner. Our thoughts are with her family and loved ones during this difficult time. We are heartbroken and are supporting her family and her friends as best we are able to,” GAT CEO Mike Hough said in a statement.

Thompson was a skilled basketball player who had competed for Hesston College in Kansas and Tougaloo College in Mississippi, according to her devastated mother.

Angela Dorsey said in an interview on Wednesday, “She was my baby girl. Everybody loved her. I’m just lost for words. I can’t even think.”

Thompson was a ground support employee for GAT Airline.