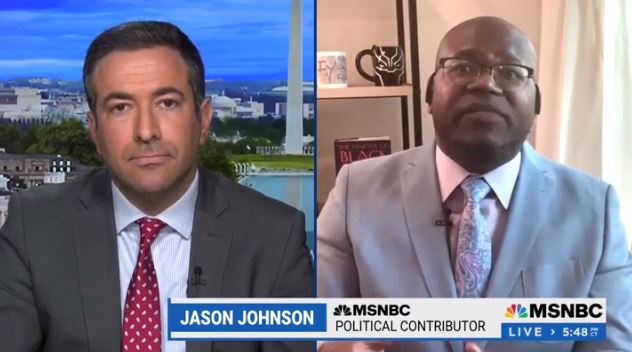 What is the MAGA (Make America Great Again) movement? MAGA is a combination of  populist movement tasked with defending the average American against the evils of globalization and standing up to the predatory elite on their behalf, a  primarily conservative movement with a few populist inclinations, a scream of wrath from individuals who have lost their property and had their lives damaged as a result of bankers shipping companies to China and open border laws that allow drugs and cheap labor to pour freely into the US.

Apparently, according to MSNBC contributor, political professor Jason Johnson, strangely, he asserted that the MAGA movement is essentially a terrorist group.

“I used to always say, Ari, with any sort of political conflict — I was saying this during Ferguson — the country can’t heal if we can’t agree on the diagnosis of what got us sick. At the end of the day, you have a certain segment of the population that has told the Republican Party we do not believe in a multicultural democracy. So anything that you have to do to make sure the country stays in the hands of straight white men is okay. That’s the danger. That’s what Vice President Harris talked about when she talked about the rise of the right and white supremacy.”

The United States of America is a republic, not a democracy. Beyond that, he might want to consider how his own party reacts when someone on Mitt Romney’s right starts performing well in the polls. Then fascism rises as a result of the possibility of a true Republican winning an election. If just one party is permitted to triumph and the other is fascist, then is not democracy.