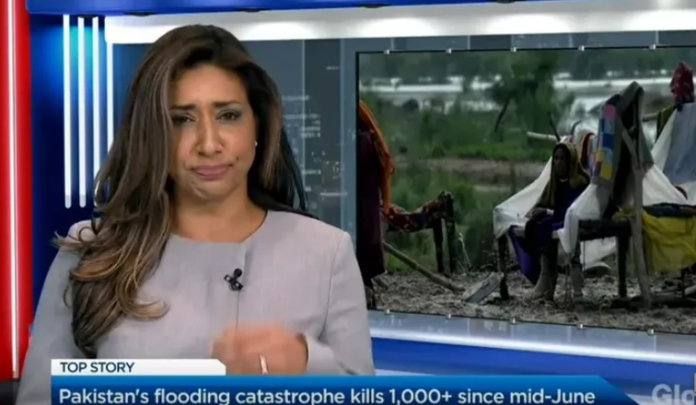 During a recent TV broadcast, a Canadian news presenter swallowed a fly yet kept on reporting.

With a now-viral video of the event, Global News presenter Farah Nasser disclosed on Monday that the bug had flown into her mouth.

She referred to a recent incident in which Ontario Premier Doug Ford swallowed a bee while on camera and commented, “Sharing because we all need a laugh these days. Turns out it’s not just @fordnation, I swallowed a fly on air today.”

Sharing because we all need a laugh these days. Turns out it's not just @fordnation, I swallowed a fly on air today.

(Very much a first world problem given the story I'm introducing). pic.twitter.com/Qx5YyAeQed

Nasser paused, scrunched her face, swallowed the fly, and then continued with her news narrative.

Considering the subject she was introducing, the anchor acknowledged in her social media post that the issue was “Very much a first world problem given the story I’m introducing.”

She was giving a report on Pakistan’s disastrous monsoons.

At a recent TV appearance, Nasser said that she could feel the fly fluttering in the back of her throat and that it was simply trapped there rather than moving down.

By Saturday morning, her video had more than 100,000 views on Twitter.

She claimed to have seen the fly hovering around before the broadcast, but her main worry was that it could have flown into the camera lens.

Nasser noted that she had to pass the ball to a colleague sooner than anticipated since she was unable to complete the sentence, “The next thing I knew, it was in my throat.”