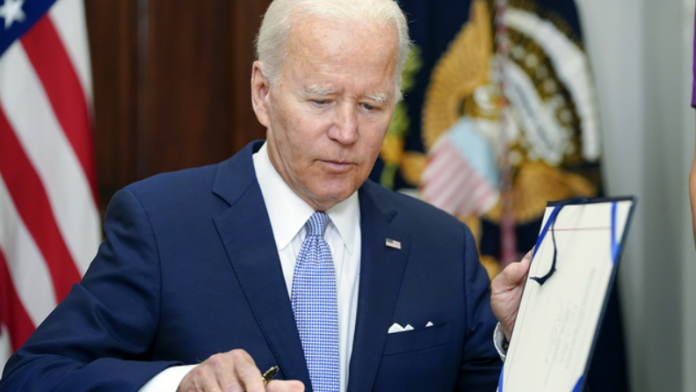 According to a recent study, 64 percent of Democratic voters do not want Joe Biden to run for office again in 2024 since his favor rating has fallen to only 33 percent.

Only 13% of Americans, according to the findings of the July 5–7 New York Times/Siena College survey of 849 nationally registered voters, think that the nation is moving in the right direction.

The most significant factor stated by 33 percent of respondents who said they intended to vote in the 2024 Democratic primary and wanted a candidate other than Biden was the president’s advanced age, followed by his job performance at 32 percent and a simple desire for someone fresh at 12 percent.

In the poll, just 26% of Democratic voters agreed that the party should nominate Biden again in 2024.

The White House reports that Biden, who is already the oldest president in American history at 79, plans to run again in 2024.

The Democratic Party’s hostility to Biden looked to be sharpest among those under the age of 30, with a whopping 94 percent of them indicating they want someone else to be the nominee for president in 2024.

Jobs and the economy were the two concerns that 20 percent of respondents said were most important, with inflation and the cost of living coming in at 15 percent.

According to the newspaper, just 6% of a sizable portion of the working class—those between the ages of 18 and 64—told pollsters that the economy is in good or outstanding shape, while 93% said it is in poor or fair condition.