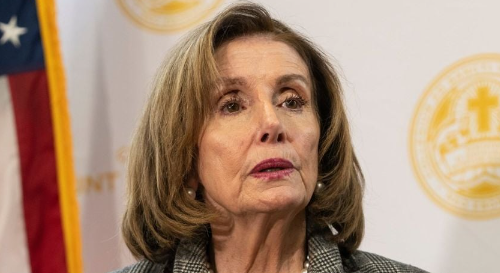 Nancy Pelosi, the Democratic House Speaker, declared on Thursday that she would not run for reelection as the party’s leader but would continue to serve in Congress.

Pelosi, 82, chose to step down but will continue to serve as a backbencher to advise the future Democratic leader, according to her address on Thursday. Pelosi has maintained the role since 2019 despite having previously said she would only hold it for four years. However, she indicated that the attack on her husband would be a deciding factor, despite Democrats, including President Joe Biden, pushing her to consider running. On Sunday, a representative for Pelosi rejected allegations that she was stepping down.

“Nancy Pelosi has been overwhelmed by calls from colleagues, friends and supporters. This evening, the Speaker monitored returns in the three remaining critical states. The Speaker plans to address her future plans tomorrow to her colleagues. Stay tuned,” Drew Hammill, a seasoned spokesperson, made the announcement Wednesday night on Twitter.

@SpeakerPelosi has been overwhelmed by calls from colleagues, friends and supporters. This evening, the Speaker monitored returns in the three remaining critical states. The Speaker plans to address her future plans tomorrow to her colleagues. Stay tuned.

Pelosi carried two speeches home with her on Wednesday night while presumably considering which one she would read on Thursday. Democrats in the House were divided on Wednesday night; some cited her 2018 pledge to serve just four years in office, while others expressed confidence that she will seek reelection.

Pelosi chose to hold off until the full midterm election results were known.

“People are campaigning and that’s a beautiful thing. And I’m not asking anyone for anything. My members are asking me to consider doing that. But, again, let’s just get through the election, Pelosi said.

"I will not seek re-election to Democratic leadership in the next Congress." pic.twitter.com/eKecaGY0kU

In the closely contested midterm elections on Wednesday, Republicans won a slim majority and took control of the US House of Representatives.