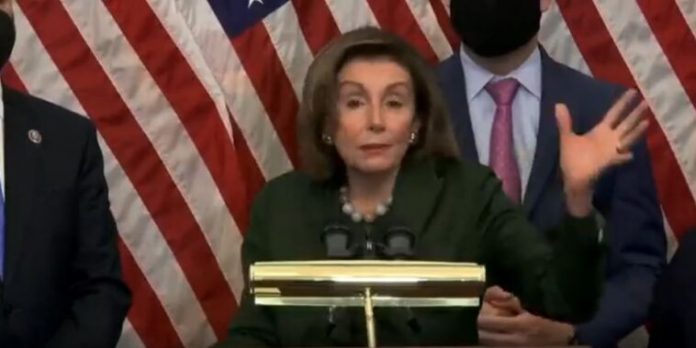 For some reason, the Speaker of the House appears to have no idea which country Russia is about to invade.

“If you look at the map and you see Hungary and you see how it is encircled, Russia, Belarus, Crimea, which they have taken over by, you know, it’s still a danger now to Ukraine, and then you see Poland and Romania and all of those countries just abutting it, that’s Russian influence.”

It’s unclear whether Pelosi was reminiscing about the Cold War, since Hungary is not in danger of Russian invasion, as far as anyone knows. Pelosi, on the other hand, might be willing to contribute any wisdom she has gained.

President Biden made a series of comments on the Russia-Ukraine situation on Tuesday that left political watchers scratching their heads.

Americans don’t want to pay a price for freedom in another country, especially when they don’t have it at home. Biden also stated that he has no desire to attack Russia, even if it would serve as a nice diversion for some from his failed agenda.

When it comes to dealing with a threat like Vladimir Putin, two of America’s most prominent leaders are entirely out of their depth. Yet, for these American politicians, the priority is clear: defend freedom, oppose authoritarians, and enforce borders.