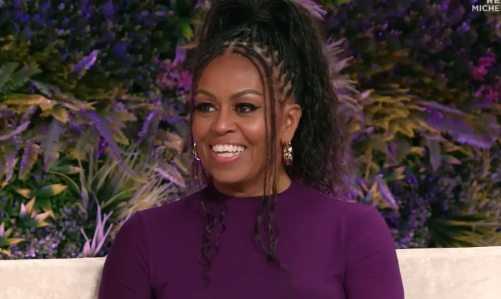 This month, former first lady Michelle Obama admitted that during the couple’s early years, when the couple’s two girls were still little, she could not stand former president Barack Obama.

Michelle acknowledged in a roundtable conversation with Revolt TV, the difficulties of having two young girls while the power couple was expanding their careers, as well as the strain it placed on the marriage.

“We don’t talk about how much work is required and how hard it is even when you are madly in love with the person, even when everything works out right. People think I’m being catty by saying this: It’s like, there were 10 years where I couldn’t stand my husband. And guess when it happened? When those kids were little.”

Michelle effectively represented the challenge of juggling their own demanding schedules with raising the girls.

The former first lady said she still respected and admired her husband despite their ups and downs. She emphasized how crucial it is to know oneself.

The Light We Carry, Michelle’s second book, was released in November and has been receiving promotion ever since.

She mentioned feeling pressure to have straight hair when discussing the book last month.

Because they were still getting used to having a black first family in the White House, Michelle claimed that Americans weren’t ready for her natural hair.

She went on to say, “They tripped out when Barack wore a tan suit,” referencing the uproar he caused in 2014 when he donned the outlandish presidential attire.

Millions have been made by the Obamas from book sales and appearances. Their estimated net worth is at least $70 million.

In 2017, the pair agreed to a $65 million joint publishing deal for their memoirs.

Additionally, they signed a production deal with Netflix that is thought to be worth $50 million.