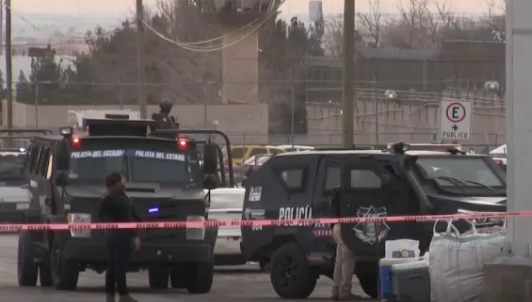 On Sunday, an armed attack on a state jail in the Mexican border city of Juarez killed at least 14 people and injured another 13.

According to Juarez Mayor Cruz Perez Cuellar, five individuals were arrested and three suspected attackers were murdered during a police chase and gunfight. Some inmates reportedly stole vehicles in the city after busting out of prison.

The Cereso state jail is regarded as one of the most hazardous prisons in Latin America. According to government officials, it is controlled by an organized crime syndicate that has directed attacks on Juarez from within the facility. The attack on Sunday was blamed on rival gangs, a recurrent theme in the Mexican city, which is rife with violence as drug cartels vie for control of the vital border town just south of El Paso, Texas.

Mexican authorities are on “high alert” as they continue to investigate who was behind the horrific jailbreak.

The jail attack on New Year’s Day comes on the heels of a prison uprising in Ciudad Juarez last year. Eleven people were killed in August when two drug gangs initiated a jail riot, which ignited killings and instability throughout the city and extended to nearby regions. The two cartels engaged were Los Mexicles and Sinaloa. Both are associated with the notorious drug lord “El Chapo” Guzman.