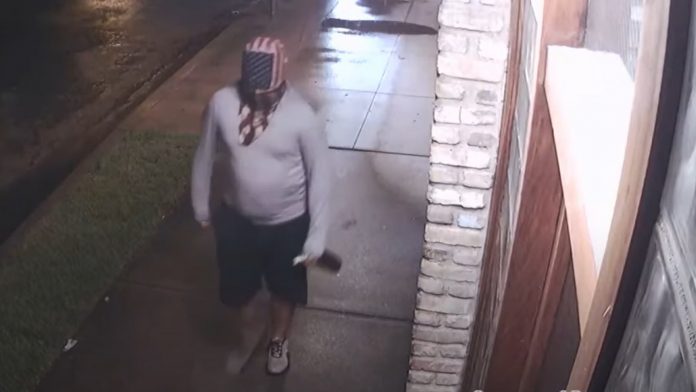 A man with a Molotov cocktail attacked the Travis County Democratic Party headquarters in Austin on Wednesday morning.

Katie Naranjo, chair of the Travis County Democratic Party, told reporters that the man was wearing an American flag-adorned bandana and tried to attack the building at 2.

Captain of the Austin Fire Department’s Arson Section, Brandon Jennings, stated that the suspect had placed an “incendiary” device inside the building. However, a stack paper appeared to ignite but the actual device didn’t.

Jennings said that firefighters from a nearby company put out the flames by the time authorities arrived. He stated that there were no employees in the building at the time and there was only minimal damage.

Naranjo stated that the suspect, who was not identified, left a note which was ‘political in character’. She said, She added, ”Anyone who wears an American flag as a bandana, and then throws a Molotov cocktail with fireworks into a building and leaves a note — a threatening note — is a coward, and we will not … tolerate that type of behavior.”