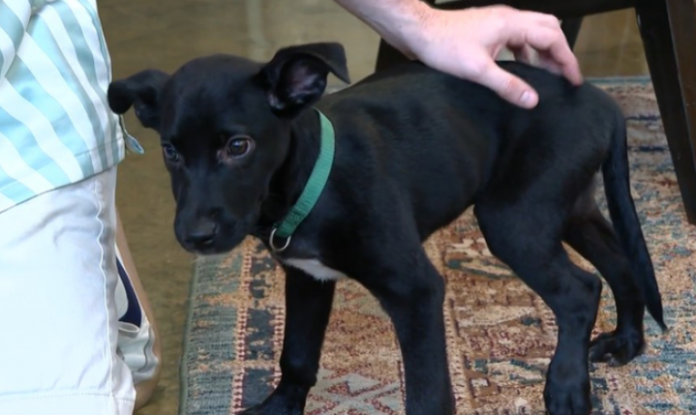 A Tennessee guy observed a dog being thrown out of a car at a busy junction and went in search of the puppy and saved it.

According to Hayden Wadell of FOX 17, while driving home after eating lunch with family, he noticed a motorist had abandoned a dog in the middle of the road.

“A silver car just came up to the intersection, slowed down, opened up their rear driver’s side door, then took back off again and when they drove off, there’s this little puppy right in the middle of the road.”

Wadell leaped from his car in the center of the intersection as the light turned red and went to get the animal.

He asserted that he thinks the individual who threw the dog outside did it on purpose.

They deliberately opened the door, threw the dog out, and then drove away, so you could see they did it on purpose, he added.

According to Wadell, the dog was placed immediately in the traffic, not in the median.

“By the time I got over to him, since there were still cars driving by, he got into like the little concrete median and he was super sweet,” he added. “So, he’s really receptive. He’s really friendly. As soon as he saw me, like start coming up to him, he’s wagging his tail and like walked up to me.”

Wadell is uncertain if the puppy was wounded by the person who threw him onto the road, but the dog has a leg or paw damage.

Wadell wants to find the puppy a decent home because she is allergic to dogs and is unable to keep him. Wadell will keep the dog despite his allergies until a permanent home is found.