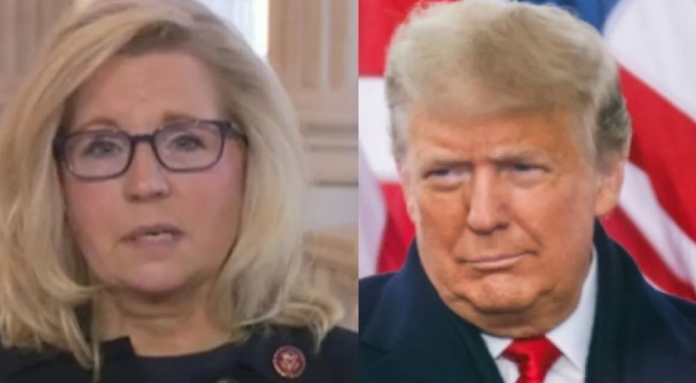 Many Republicans oppose Liz Cheney, a Wyoming delegate to the House of Representatives who, despite voting in a conservative manner, became a vocal critic and attacker of former President Donald Trump.

She participated in the January 6th witch hunt, voted to impeach Trump, and now accuses all who oppose her of being Putin apologists.

She can’t get the fact that people loathe her because of her anti-Trump views, so she’s reverting to Clinton’s campaign approach and blaming the Russians.

To do so, she sent out Jeremy Adler, her snake-like spokesman, to attack people who backed her primary opponent.

“A leader with honor would be rejecting – not protecting – the pro-Putin, anti-Semitic, white nationalist members of the party, instead of fighting against Liz Cheney for telling the truth,” he said in a tweet.

Anyone who wants a Republican who will support the GOP instead of assaulting a very conservative and inspiring president appears to be siding with white racists and Putin.

Liz took advantage of Adler’s foolish slur and tweeted it in her own post, exposing her lefty inclinations by attaching a CNN piece beside it.

“A leader with honor would be rejecting — not protecting — the pro-Putin, anti-Semitic, white nationalist members of the party, instead of fighting against Liz Cheney for telling the truth.”

“After spending time with Harriet, it is readily apparent she will always listen and prioritize the needs of her local communities and is focused on tackling our nation’s biggest problems. I look forward to serving with Harriet for years to come.”

McCarthy stated that he believes the best approach to proceed with Cheney and Kinzinger is to assist those who are vying for seats. McCarthy, for example, endorsed Cheney’s primary opponent, Harriet Hageman, in February and told the Daily Caller that over 100 Republican members will show up to support Hageman at a rally in late March.