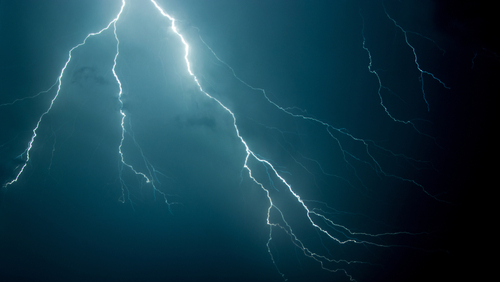 Following a lightning strike in Lafayette Park across from the White House, two persons have been confirmed deceased, and two more are in critical condition. The event took place on Thursday night.

Four people are in life-threatening situations after a major lightning strike near a tree in the park, according to emergency personnel.

Two of those have now been determined to have died, while the other two are still in serious condition after being taken by DC EMS directly to the hospital.

The victims’ identities have not yet been made public. The lightning struck two adult males and two adult females, according to the authorities.

The DC region, as well as Virginia and Maryland, has seen terrible weather recently. Now, it seems that these people were just at the wrong location at the wrong moment during the storm.

They were discovered lifeless around 100 feet away from Andrew Jackson on his horse statue, which is located in the center of the little park.

As the weather grew worse, nearby news teams packed up and left the site because it was unsafe to remain there.

Although deaths from lightning strikes are extremely uncommon, nine people have been struck by lightning in the United States so far this year.

They occurred in a variety of settings, such as when sailing, flying a drone, camping, and mowing the lawn. In this nation, lightning claims 20 lives a year on average.

A witness to the lightning strike claimed that it shook the entire area and seemed and sounded like a bomb. In addition, as the thunder clapped, it produced a loud booming sound.

If lightning starts to strike while you are outside, you might get into a lot of danger. Unless you can enter a car or building, you won’t be safe.

If those are impossible, avoid particularly wide places, ridgelines, hills, and tall trees. Try your best to get to safety as quickly as you can.

When camping, keep in mind that a tent will offer you little protection from lightning. Avoid touching any metal or other things that are lying around since they might act as lightning rods and electrocute you.