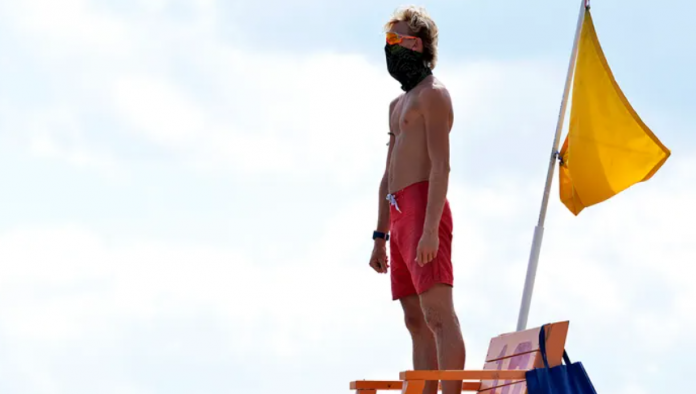 Beachgoers and pool goers should exercise caution this summer before diving into the waters.

The American Lifeguard Association, located in Virginia, reports that there is a countrywide scarcity of lifeguards, which is expected to worsen.

Bernard J. Fisher II, director of health and safety for the American Lifeguard Association, stated that the scarcity is a serious danger. He said that he had never seen anything like it.

He cautioned, “I can almost call it a ground zero,”

Fisher emphasized that the current scarcity of lifeguards in America is exactly as serious as the country’s newborn formula deficit.

Furthermore, he claims that Americans have yet to witness the worst.

Because of the shortfall, which affects nearly a third of the country’s 309,000 public pools, some have reduced their hours of operation or closed entirely.

He also mentioned that there are lifeguard shortages at beaches, water parks, and other facilities.

“These kids, they’ve had so much hardship on them with the pandemic,” he remarked.

Fisher further mentioned that since the temperature has now gone to triple digits in a lot of the cities during the summer, community pools will not even open for them. He thinks that some municipalities were quick to throw in the towel.

Lifeguards are in high demand right now for a variety of reasons.

The first, according to Fisher, is the termination of lifeguard certification training in the early months of the coronavirus pandemic in 2020.

While the pools were closed, many lifeguards apparently sought new professions in higher-paying fields and never went back.

The director voiced worry that the most difficult phase of the current situation will be a seasonal lack of lifeguards in August, when young staff return to college or high school.

Many pools and beaches utilized temporary foreign employees to address lifeguarding vacancies in the past, but those programs have been delayed or backlogged, he said, largely owing to the epidemic.

Due to the present scarcity, several swim instructors have been summoned to serve as lifeguards, preventing them from training new lifeguards.

When the kids are swimming, Fisher recommends that adults establish an appointed “water watcher”