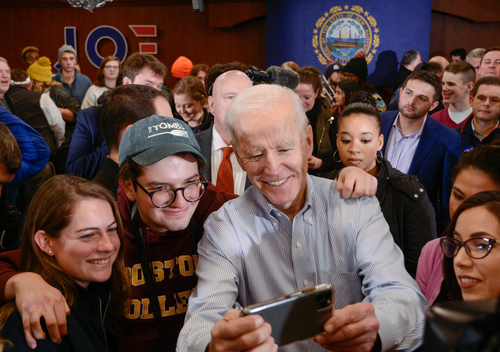 By creating provocative comments, the liberal media is attempting to obscure the Biden administration’s ineffectiveness in avoiding the Russia-Ukraine conflict.

They can be spotted circling the wagons while debating the causes of the current conflict.

Many liberal observers linked Ukraine’s war to domestic challenges in the United States.

Biden, for example, had the opportunity to reference Bloody Sunday while discussing the Ukraine problem in his speech, according to the host and guests of Meet the Press.

Bloody Sunday was a pivotal moment in the civil rights movement in 1965, when law enforcement officers clashed with voting rights campaigners while marching.

Tiffany Cross of MSNBC expressed similar reservations. While criticizing Republican voter suppression, Cross pointed out that Biden could have linked the absence of democracy in Ukraine to the same situation in the United States.

While defending the Biden administration’s choice not to restrict Russian oil, ABC’s George Stephanopoulos argued that climate change is an existential concern, while defending less drilling.

Biden followed up by announcing a restriction on Russian oil imports. Some leftist political analysts have questioned the United States’ soaring petrol prices.

As gas prices in America averaged $4 per gallon for the first time in decades, liberal host Stephen Colbert said he would pay even $15 per gallon if it meant having a clear conscience.

Despite the fact that oil specialists have debunked Jen Psaki’s claims about the availability of public lands for oil production, CBS senior White House correspondent Weijia Jiang claimed oil companies have an opportunity to enhance domestic oil production, but they aren’t taking advantage of it.

The worst Russia-Ukraine media takes make war about race, climate change, Trump, and more https://t.co/qS2HWpyXnC #FoxNews Our LIBERAL MEDIA have TOTALLY LOST THEIR RESPECTIVE MINDS! This list of short articles PROVES IT! They are MEAN-MINDED, UGLY, LYING outlets as a whole!

Trump would have turned Ukraine over to Russia if the crisis had occurred during his presidency, according to Whoopi Goldberg of The View.

Listen to Donald Trump on Russia and Ukraine. You will know why the entire liberal media hounded him. He's the only American president who did not start a new war. The US and Russia enjoyed good relations. And that's bad news for hawks like Hilary and muppets like Biden. pic.twitter.com/eoSI2P9ydP

CNN’s John Harwood remarked that Trump has increased his ties with Russia while hurting Ukraine, and that he still controls the Republican Party.