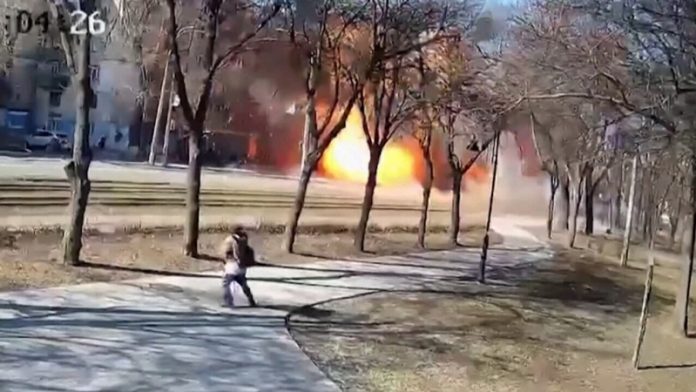 The horrifying Monday video captured a devastating missile strike on a Kyiv bus, causing it to burst into flames.

The Kyiv City Council released surveillance footage that showed the green stationary bus at an intersection in Kyiv around 11:45 local time.

A bystander in the foreground looks up at the sky, and moments later, the bus explodes from an apparent direct hit.

A video taken later at the same scene, Kyiv Mayor Vitaly Klotschko showed a close-up of the bus that was mangled.

Bild, a German news agency, reported that nine people were injured and two died in the strike.