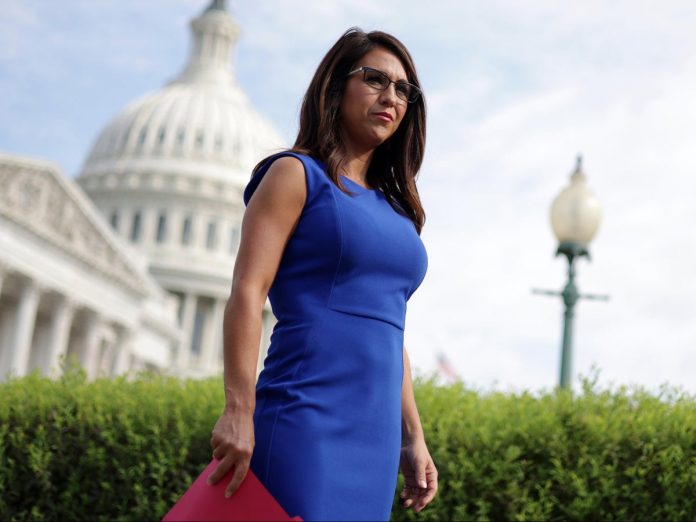 Rep. Lauren Boebert, R-Colo., this week threw a mask at a congressional staffer after she was told to wear one as part of the masking requirement that was recently reintroduced in Congress, Business Insider reports.

Multiple reporters were present when Boebert was handed the mask by the congresswoman on Wednesday. She then threw the mask in the face of the Democrat staffer who had given it to her. This was after Capitol’s physician had reimplemented Congress’ mask mandate Tuesday because of the continued spread of the COVID-19 Delta variant.

“Rep Lauren Boebert just threw a mask back at a Democratic floor staffer who tried to give her one, per source on the House floor who saw it happen,” tweeted ABC News’ Ben Siegel. “As of last night, the latest House guidance requires mask-wearing on the floor and in most group meetings/spaces.”

CNN correspondent Manu Raju added that “A witness told me they saw GOP Rep Lauren Boebert throw a mask back at a floor staffer when she was offered one while trying to walk onto the floor maskless.”

In a statement to the Independent, Boebert said that she “refuses to comply with Speaker Pelosi’s anti-science, totalitarian mask mandate” and that “Americans should not succumb to the bully tactics from extreme leftists. What hope does it offer for the people that we represent if members of Congress give up our freedoms?

According to a spokesperson for the congresswoman, she did not “slid” her mask across a table to the employee and didn’t throw it in his face as many reported.

“Rep. Boebert refuses to comply with Speaker Pelosi’s anti-science, totalitarian mask mandate,” the spokesperson told Business Insider. “When offered a mask, she returned it with a quick slide across the table.”

Boebert later tweeted on Wednesday: “We might as well start calling this a Perma-demic. Permanent masking. Permanent state of emergency. Permanent control. This will go on until the American people just say enough is enough. The tyrants aren’t giving this up!”

The congresswoman was among 24 Republicans who refused to wear a mask despite increasing case numbers and mandates across the country.