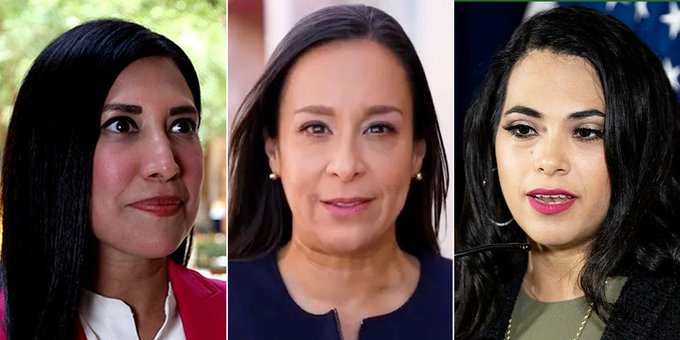 In the closing weeks leading up to the November midterm elections, three Hispanic Republican women running for Congress in South Texas are taking a strong stance against the Democratic Party and arguing that the left has exploited the Latino population.

“Democrats try to push their message onto Hispanics at no avail. They’re not looking at what our values are, they’re not talking about our values, they continue to force down our throat this woke consciousness, and messages that simply just don’t resonate with Hispanics. I believe that Hispanics, finally, are having an awakening where they see that the Democrat Party has just moved so far to the left and no longer represents their values of faith, of family, and the American dream,” following a meeting with Border Patrol personnel and their families, De La Cruz remarked.

De La Cruz charged that the Biden administration, which maintains that there is no ongoing migrant crisis in spite of the vast, overwhelming number of individuals entering the United States from Mexico each month, is unconcerned with the communities along the Southern border, the majority of which are Hispanic.

De La Cruz, Garcia, Flores, and five other Republican women running for both the House and Senate were brought together by the conservative women’s advocacy group Winning For Women and the national security advocacy group POLARIS National Security earlier in the day to tour a section of the border wall and the Rio Grande.

While there, Garcia joined De La Cruz in highlighting how Democrats’ border policies had let the people of South Texas down, and he asserted that the party’s principles no longer matched those of Hispanic voters.

Garcia voiced her horror at the accounts local officials had told her about the way Mexican cartel members treated migrants and how they had free rein over some regions while frightening local people even on the American side of the border.

Flores called for changes to the U.S. immigration system that would make it simpler for people to become citizens via a legal pathway, echoing Garcia’s disgust at the horrors meted out to migrants trying to make the dangerous journey through cartel-controlled areas, including rape, murder, and exploitation.