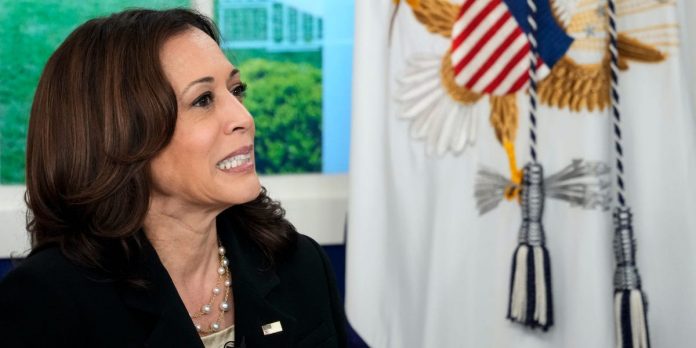 We all knew that cackling Kamala was not popular with everyone, so she had to withdraw from the Democrat primary. However, her popularity with the American people has declined since President Brandon and Kamala were installed at 1600 Penn.

It’s actually fallen so low that it’s now less than the of former VP Dick Cheney at the heights of his disastrous war on Iraq. Evidently, Americans hate her more than the Conservative, Inc. apparatchik who has slowed us down in the Middle East over the past two decades, earning her the dubious distinction of being the most unpopular USVP in history. Here’s the USA Today survey:

“Vice President Kamala Harris’ approval rating is 28% – even worse than Biden’s. The poll shows that 51% disapprove of the job she’s doing. One in 5, 21%, are undecided.”

These results are even more astonishing when you look at the USA Today graph:

Harris is disapproved by more than half the population. Only 25% of Harris’s supporters are positive. This is bad news for the woman, who probably hopes to become the Democrat nominee in 2024.

Business Insider reports that this terribly low approval rating is somehow lower than Cheney’s in 2007 when Cheney’s Iraq debacle was it’s worst and most bloody:

The closest comparison — which involves slightly different methodology and margins of error — would be former Vice President Dick Cheney, the most unpopular US vice president in polling history. He bottomed out at 30% in Gallup’s tracking survey, but that wasn’t until the end of former President George W. Bush’s second term in 2007.

ZeroHedge notes that her low approval rating was probably worse than Cheney’s because of her fake demeanor, and her utter incompetence.

As Vice President, Dick Cheney handed out no-bid contracts to his oil buddies at Halliburton after overseeing the deployment of Americans to die in a pointless quagmire war. He even literally shot a man in the face with a 28-gauge Perazzi shotgun, but he still managed to be more popular than Kamala Harris is.

Perhaps it’s because when Harris is in the public eye, rather than hiding as she often does from Biden’s calamitous administration, she comes across as perpetually uneducated, borderline ADHD, totally fake, and completely in over her head.

At least when Cheney lurked behind Bush he looked like wanted to be there. Harris continually looks like she has something better to do rather than awkwardly fidgeting and looking over Biden’s shoulder every now and then.

Politico recently reported, “Vice President Kamala Harris’s aides are in a  panic…stating she is “fucking up” and perhaps “shouldn’t be the heir apparent” for 2024’s presidential race because she “could not defeat whomever the Republican Party puts up.”

Although Harris was the most affected by the poll, Biden was also hurt, with his approval dropping to 38%. Both Democrats and Republicans will find it crucial that the poll shows that Americans are not only dissatisfied with the Biden government, but also hope Biden won’t run in 2024.

Corn Pop’s bane apparently hasn’t lived up to the American expectations. His subordinates are even more resentful.