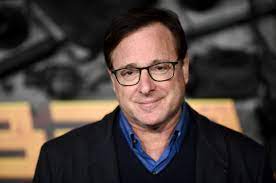 Monday’s order by a Florida judge temporarily blocks the release of photos, video, and other records related to the investigation into Bob Saget’s death.

The actor, 65, died on Jan. 9, after suffering “blunt brain trauma” most likely from a fall backward.

According to an autopsy report, Saget had a fracture at his skull’s base, along with fractures around his eyes sockets and a cut to the scalp. There was also bleeding between his brain and the tissue that covered it.

His death was ruled accidental by authorities who said that there were no signs of drug use at the scene.

According to a toxicology report, there were no signs of illegal drugs or toxins in Saget’s body.

Kelly Rizzo, Saget’s widow, and three daughters had filed a lawsuit to stop the release of records related to the death investigation by the Orange County Sheriff’s Office.

The suit was filed after some media outlets requested such records – even though Florida state prohibits their release.