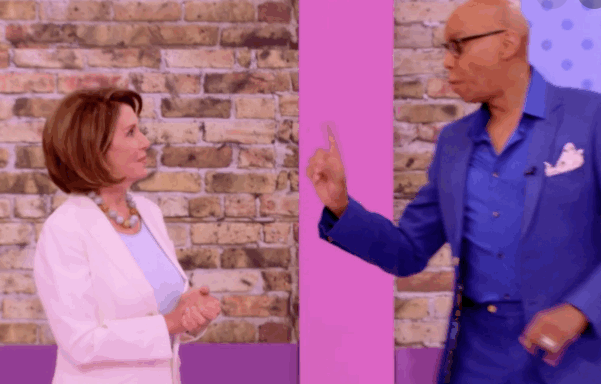 Speaker of the House Nancy Pelosi (D-Calif.) is gearing up to rejoin with the Glamazons for a comeback appearance on RuPaul’s Drag Race.

According to Paramount+, Pelosi will make a special appearance on the forthcoming season of RuPaul’s Drag Race All Stars. The next season of the drag queen competition will begin on the streaming network on May 20 and will follow past champions as they compete for the title of Queen of All Queens and a $200,000 cash prize.

Pelosi made an appearance on RuPaul’s Drag Race: All Stars in 2018, so it’ll be a sort of reunion.

“This idea of people believing in themselves, being themselves, taking pride in themselves, is not just a lesson for politicians, but for everyone in the country,” Pelosi said in an interview following her first appearance on the show. That’s why I was so ecstatic and couldn’t wait to be on the show.”

Pelosi is heard saying one of RuPaul’s catchphrases to the competitors in a promotional trailer for the show’s new season: “Can I get an amen?”