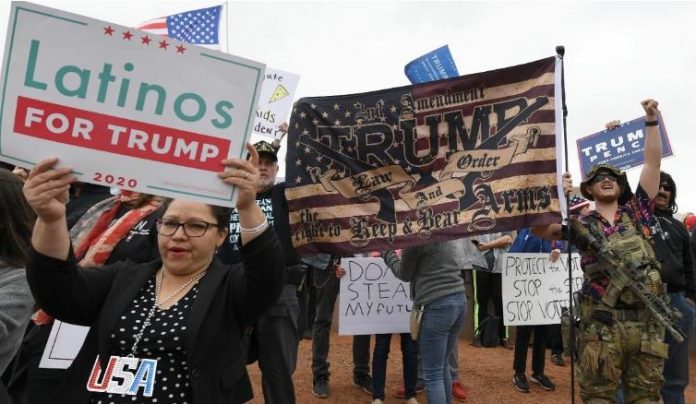 With six months until the midterm elections, Democrats are facing a terrible scenario. The bulk of their supporters are unaware that one of their most important constituencies, Hispanic voters, is losing support.

Lots to unpack with this latest Q-poll and Biden's 26/54 among Hispanics, which is CATASTROPHIC. Some brief thoughts below: https://t.co/f1v99SiDbq

Their troubles are exacerbated by President Biden’s abject failure, as seen by recent polling. As a result, liberals are focusing their efforts on defense, attempting to blame former President Trump for inflation, immigration, the Ukraine conflict, and the ongoing COVID-19 outbreak. For President Biden’s party, this creates a gloomy political climate.

Statistically, the Democrats have a poor track record. When a president’s popularity rating falls below 50%, his party loses seats in the first midterm elections after he takes office.

Democrats have had some very poor midterm performances in the past, which are still apparent in their rearview mirrors. During President Clinton’s and President Obama’s first midterm elections, the party’s popularity plummeted. Democrats lost a net 54 House seats in 1994, with Clinton in the White House. They lost 63 seats in 2010 under Obama’s presidency.

Democrats, I have terrible news for you.

We'll give you a minute to think about what you did to make this happen. https://t.co/3q3Rl02X6o

Like what happened on CNN+, folks who live in extreme political bubbles, such as white progressives, make decisions without understanding the American environment. CNN’s new platform was met with disapproval in the United States, and it is now shutting down after barely a month of operation. following a $300 million investment.

For years, these same white liberals have promoted the notion that the GOP was too tough on immigration enforcement, claiming incorrectly that Hispanic Americans desired open borders, and have softened their views on religious and social matters.

What’s notable is that President Biden, a Democrat, has previously stated that Latino voters, another major but related constituency, are not homogenous. During the 2020 campaign, Joe Biden stated that the Latino population, unlike the Black one, is extremely varied.

They may be in for a rude awakening in the 2022 and 2024 elections if they ignore Hispanic and other minority communities. When the dust settles, it will be interesting to know what the minority vote numbers are.