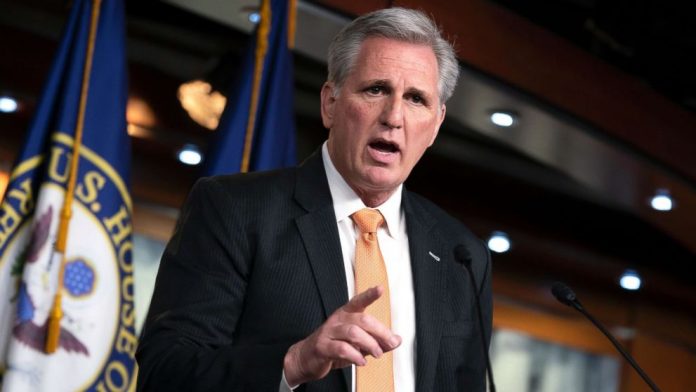 Although the Senate’s $1.2 Trillion infrastructure bill was drafted by the House Problem Solvers Caucus, GOP whipping is pushing the Republicans to vote against it. Democrats have introduced the $3.5 Trillion budget reconciliation bill as a companion bill.

Kevin McCarthy, D.Calif., House Minority Leader, is making a “strong” attempt to stop a signature victory for Democrat-led Congress prior to the 2022 midterms. A Republican said Politico.

“From a caucus perspective, we’re going to be there – not everybody, but we’re going to have a sizable showing – and that’s a good thing,” Reed told Politico. “Substantively, it’s a pretty solid bill.”

Sources told Politico that there are approximately 10 House Republicans who will vote for the infrastructure bill. They are all members of the House Problem Solvers Caucus.

“This bipartisan infrastructure bill was essentially a Problem Solvers product,” Rep. Tom Malinowski, D-N.J., a caucus member told Politico. “It would not be an argument in favor of bipartisanship for the Republicans who are part of that to turn their backs on it now.”

Rep. John Katko, R-N.Y., says he “helped write it,” but McCarthy came out against the bill Thursday because of the plan to companion the bill with the $3.5 trillion budget reconciliation package.

It puts Katko and Rep. Brian Fitzpatrick, R-Pa., a Problem Solvers Caucus co-chair, in a bind.

Fitzpatrick met this week with Rep. Josh Gottheimer (D-N.J.), to try and get votes from the 29 GOP members of the caucus. The caucus has struggled to stay together following the divisions on Jan. 6 Select Committee, started by House Speaker Nancy Pelosi, D.Calif.

“So many people’s decision depends on how the process plays out,” Fitzpatrick told Politico. “There’s a lot of people who support infrastructure, who may not be in love with the bill but they’re OK with it. But they want nothing to do with the $3.5 trillion.”