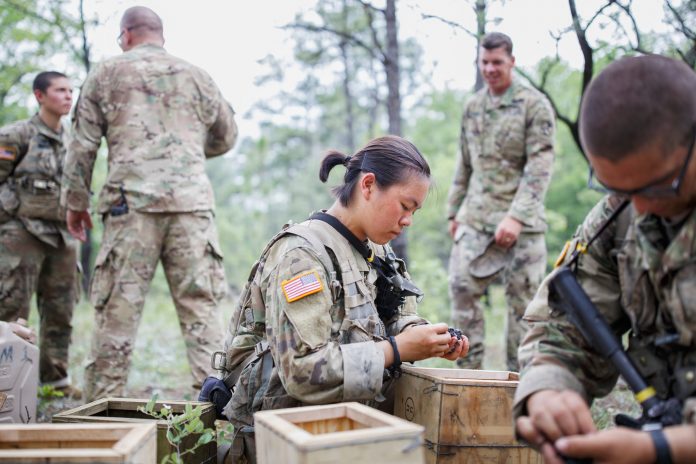 According to the news outlet, the 2022 National Defense Authorization Act (NDAA) included the decision to expand and continue the draft to include women. Wednesday’s vote by lawmakers was 35-24 to approve a bipartisan amendment from Rep. Chrissy Houlahan (D-Pa.) and Mike Waltz (R-Fla.).

”Women make up over 50 percent of our population, and not including them in the Selective Service is not only a disservice to these women, but also to our nation as a whole,” Houlahan stated via Twitter.

Anti-draft activist Edward Hasbrouck told The Epoch Times there was a proposed NDAA amendment that would have ended the Selective Service System, but it was ruled out of order due to what he called ”arcane” rules prohibiting legislation that increases the deficit.

In terms of military conscription, both the Senate NDAA and the House NDAA are now in agreement. Both propose to increase the duty to women. Bipartisan support is given to the policy.

However, not everyone is on the same page.  Sen. Rand Paul R-Ky., co-sponsored a bill earlier this year with Sen. Ron Wyden, D-Ore., that would ”finally put an end to the expensive, wasteful, outdated, punitive, and unnecessary military draft registration system.”

”We believe that a better way to achieve equality under the law would be to end military draft registration altogether and scrap this needless and expensive bureaucracy,” Paul and Wyden stated in a July 23 letter.

But Hasbrouck said he thinks the writing is on the wall: ”It’s now overwhelmingly likely that the Fiscal Year 2022 NDAA to be adopted in late 2021 or early 2022 will authorize the president to order women to register for the draft at age 18, starting in 2023 with women born in 2005 and after,” he wrote on his personal site.