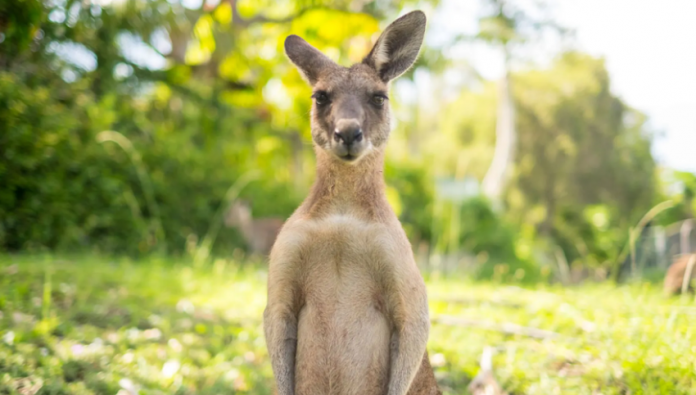 Kangaroos are known to box, but it’s unusual to see a person and a kangaroo actually fighting.

Yet that’s exactly what occurred in Argyle, Australia, recently, when a kangaroo attacked a man’s dogs in his yard for more than six minutes.

According to reports, the man, a father and grandpa, characterized the animal as a six-foot angry roo.

How you get into a fight with a Kangaroo 😂😂😂 pic.twitter.com/BGKTdzMJ9s

The man grabbed a stick at one point, still trying to fend off the kangaroo, but the kangaroo kept coming at him.

Meanwhile, the man’s dogs were howling madly in the yard, but they couldn’t help him since they were behind a fence.

The man is seen fighting the animal to the ground in an attempt to tame it.

Cliff Dess, the male, stated he has bruises on his body in an interview with an Australian television station.

He said that his dogs were barking in the yard and that he went out to investigate.

The kangaroo, he added, was acting aggressively. Dess claimed he attempted shooing the animal away, but it responded by raising its claws and pursuing him.

As a result, the man stated, he had to finish it off with a stick. He said that the only way he could cope with it was to throw it on the ground.

As they battled on the ground, he said the violent animal gouged him on the top of the head and bit his finger.

After many more minutes, the man claimed to have gotten off the animal, but it continued to follow him about the yard.

Kangaroos that are used to being fed by humans might become violent, according to the Queensland government website.

They may grow irritated if they develop accustomed to anticipating food and there isn’t any.