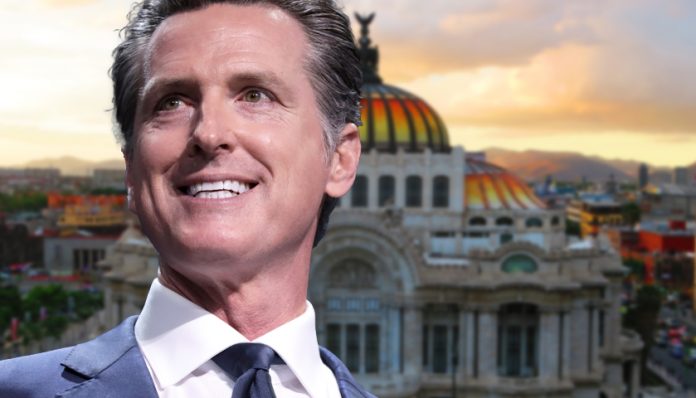 Progressive politicians have misused the emergency powers intended to protect their citizens during the COVID-19 lockdowns.

Instead of protecting the welfare of their citizens they have used their extra authority and controlled the population. At times, they even lived arrogantly in contravention of their own laws.

Democratic California Gov. Gavin Newsom has signed an executive order on November 15 to extend the COVID-19 emergencies rules that he first put in place in March 2020. These rules will expire in March 2022.

Newsom went on vacation to Mexico with his family just one week after California extended its COVID-19 state emergency. Gavin, his wife, and their children have been able to escape the regulations and won’t be returning to California until Nov. 28.

BREAKING: @GavinNewsom has left the state to join @JenSiebelNewsom and their children in Mexico. He will return to California on Nov. 28, according to his press office.

Newsom’s administration kept California in the top tyrannically-controlled states of the union, making it the first state to require vaccines for all K-12 students.

Like other politicians, such as Nancy Pelosi the U.S. House Speaker, Newsom has been criticized in the past for not being serious about COVID restrictions.

One example: He attended a high-end dinner party in California at the French Laundry with more than 12 people from different households in November 2020. This was in violation of the COVID rules.

EXCLUSIVE: We've obtained photos of Governor Gavin Newsom at the Napa dinner party he's in hot water over. The photos call into question just how outdoors the dinner was. A witness who took photos tells us his group was so loud, the sliding doors had to be closed. 10pm on @FOXLA pic.twitter.com/gtOVEwa864

Newsome instead of accepting full responsibility for his actions and admitting that he feels above the law said the following: “While our family followed restaurant’s safety protocols and took precautions, we should not have joined the dinner.”

Despite all Newsom’s efforts to fight the COVID-19 virus, California is failing miserably compared with states like Florida that have remained open.

The sad truth is that Gavin Newsom is more concerned with his own mental health than about the welfare of the 36 million Californians who call California home.