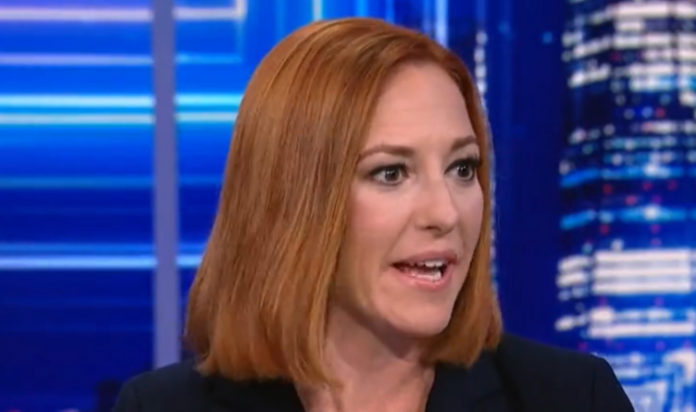 Jen Psaki, a former press secretary for the White House who now contributes to NBC News, said that with the midterm elections just 11 days away, “Democrats are worried.”

Psaki responded to a hot mic recording of Senate Majority Leader Chuck Schumer and President Joe Biden discussing the chances of the Democratic Party in the general election. At one point, Schumer declares, “We’re in danger.”

🚨Schumer to Biden: "The state where we're going downhill is Georgia. It's hard to believe that they will go for Herschel Walker." pic.twitter.com/m5ELvQAUYO

According to Psaki, you will always be caught by the hot mic. The conversations Democrats are having behind closed doors sound a lot like what we heard there and what we saw on the screen.

People are concerned about where the momentum is headed in some of these situations, she continued. Although there are promising signals, the house race statistics are not where they should be.

Schumer on hot mic talking to Biden about the midterms:

“Looks like the debate didn't hurt us too much in Pennsylvania and we’re picking up steam in Nevada.”
pic.twitter.com/6KPjJ4YfMc

“People trying to get a lot of people I talked to are worried about voters being encouraged and excited about people at the top of the ticket, and maybe not excited enough to vote for the congressional candidates, and that’s a real concern. So I think it’s a reflection that the Democrats are worried about where this is going. We only have 11 days to go here. That’s why I think you see Barack Obama, Joe Biden, all of these people out on the trail because they’re trying to light a fire with Democrats right now.”