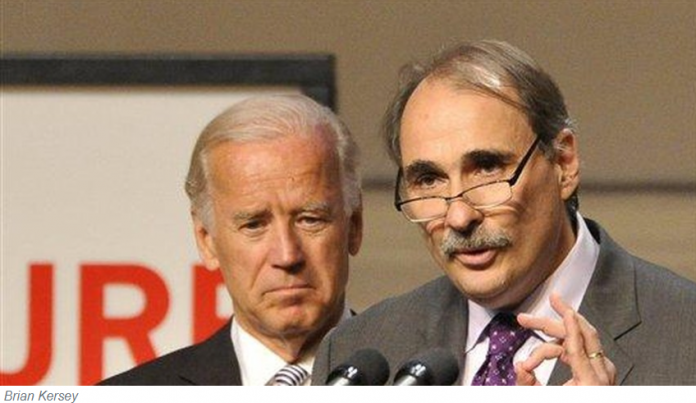 David Axelrod, the strategist who oversaw both of former President Obama’s successful presidential campaigns, had harsh words for the present Commander-in-Chief, “There is this sense that things are kind of out of control and he’s not in command. So, you know, this is a very, very fraught environment for him right now.”

Although no president can stop inflation, it is now blowing with gale force. Politics are being impacted.

President Joe Biden spoke about gas prices today. He mentions the gas tax break, but it is unlikely that he would receive it, and many Americans are dubious that it would be helpful.

While it’s true that no president can stop inflation, they may certainly make it worse by overspending. Mega-bills like the $1.2 trillion infrastructure package and the $1.9 trillion American Rescue Plan for COVID relief are just two examples of Biden’s out-of-control plans. Tens of billions more have been poured to Ukraine.

.@davidaxelrod sees bad news for Biden: Things look 'out of control and he's not in command'https://t.co/h8INFDawdx

According to a recently released national poll, 83 percent of American households are reducing their personal spending and vacation as a result of skyrocketing inflation. Energy expenses, which have increased by about 35% in the last year, are mostly to blame for these reductions.

Looking at the chart, you may conclude that the vital signs are not excellent. The president has a 38 percent approval rating. His financial standing is poor. Consumer trust is declining. that quantity you mentioned.

The filibuster was also a topic of discussion between the two, and both agreed that while Biden recently supported suspending it for an abortion vote, he is powerless to really bring about such a change. Tapper blatantly stated that he will be unable to pass it because he just lacks the necessary number of votes. Axelrod agreed once more.