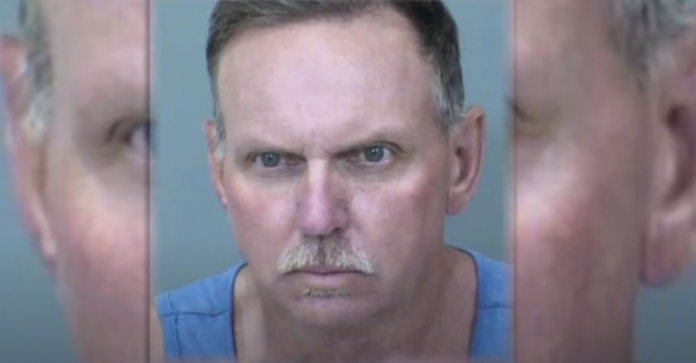 According to the Chandler Police Department, a former sheriff’s officer in Arizona reportedly disrupted 11 weddings and stole thousands of dollars in presents from newlywed couples.

Landon Earl Rankin, 54, was arrested on suspicion of two counts of burglary in connection with thefts at two weddings in the Phoenix region last month.

According to Chandler police, he is also facing additional narcotics charges after investigators discovered amphetamine and fentanyl in his possession.

Rankin reportedly pretended to be a wedding guest and stole cartons of wedding cards. Both wedding boxes in the Phoenix region held between $3,000 and $6,000.

During the inquiry, police discovered at least 11 recent occurrences of similar wedding thefts in Arizona’s East Valley, which they believe Rankin is responsible for.

The Chandler Police Department published surveillance photographs of Rankin wearing a button-down shirt and pants jogging with what seems to be wedding card boxes in a plastic bag.

After 21 years on the police, Rankin retired from the Pinal County Sheriff’s Office in 2015.

According to a probable-cause statement, he informed officers after his arrest that he went to the weddings to hear the vows since he was going through a divorce.