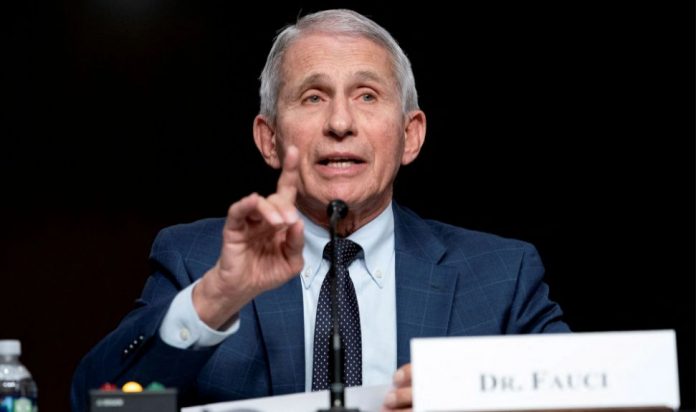 Dr. Anthony Fauci, the once-omnipresent face of the Covid epidemic, has vanished from the public eye. The divisive figure has returned to the shadows of the dark world of public health authorities and Big Pharma businesses after being at the forefront of the government’s fight to push Covid vaccinations.

As a result, when Adam Andrzejewski, the co-founder of OpentheBooks.com, started probing around Dr. Fauci’s finances for a Forbes article, the response was immediate.

Andrzejewski stated, “Dr. Anthony Fauci is the most highly compensated federal employee and the most visible. So, it’s incumbent upon all of us to give him oversight. In 2011, I founded a national transparency organization called OpenTheBooks.com. Last year, we filed 47,000 Freedom of Information Act requests, the most in American history. We successfully captured and displayed online $12 trillion of federal, state, and local spending.”

Fauci’s company, the National Institutes of Health, placed an artillery shell into their huge gun and shot it towards Forbes’ C-suite. Forbes quickly folded, and Andrzejewski’s column was canceled.

He authored 36 investigations at Forbes in 2020, and the editors chose 26 for a special spotlight on the platform, dubbed Editors’ Pick.

Dr. Fauci was the most highly compensated federal employee, out-earning the president, four-star generals, and 4.3 million colleagues, according to the first piece Andrzejewski wrote in 2021.

“On January 12, Sen. Marshall wrote a demand letter to NIH for Dr. Fauci’s unredacted ethics/financial disclosures,” he added. “In the letter, Marshall included footnotes that referenced my Fauci-Forbes columns.”

“They sent that email to subliminally send a message: We don’t like Andrzejewski’s oversight work, and we want you to do something about it. Unfortunately, Forbes folded quickly,” he stated.