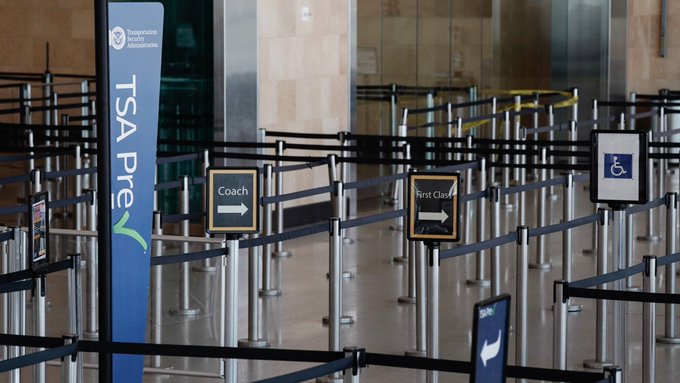 After entering a guilty plea to drug trafficking in California earlier this year, a Texas flight attendant now faces a 20-year jail sentence.

According to a statement from the Southern District of California Attorney’s Office, Terese L. White, 41, acknowledged in a plea deal that she attempted to smuggle fentanyl onto an aircraft from San Diego to Boston in October by using her rights as a flight attendant.

Terese White had more than three pounds of the drug strapped to her belly, according to investigators. https://t.co/bfhQ5oYBSR

White, who was off-duty, tried to use the “Known Crew Member Queue” to get around stricter security measures but was sent to the regular screening line instead, according to the press statement. White had three pounds of fentanyl taped to her abdomen, Transportation Security Administration (TSA) employees found when screening her.

According to a TSA complaint, White allegedly informed investigators that the parcels were “not what you think,” but rather a “mercury pack” that had been given to her by a coworker for weight reduction.

Drug overdoses in the United States are apparently five times greater than they were 20 years ago, and fentanyl is killing Americans at an alarming pace. More than 100,000 people died from fentanyl overdoses and addiction in 2021 alone, and more than 2.6 million children are being raised by extended families.

“Drug traffickers use air, land and sea for personal gain, putting people’s lives in danger. We will continue the great work with our partners to bring traffickers to justice and keep our community safe,” DEA Special Agent in Charge Shelly Howe stated in the press release.

On March 24, 2023, White is due to appear before U.S. District Judge Cathy Ann Bencivengo for sentencing.