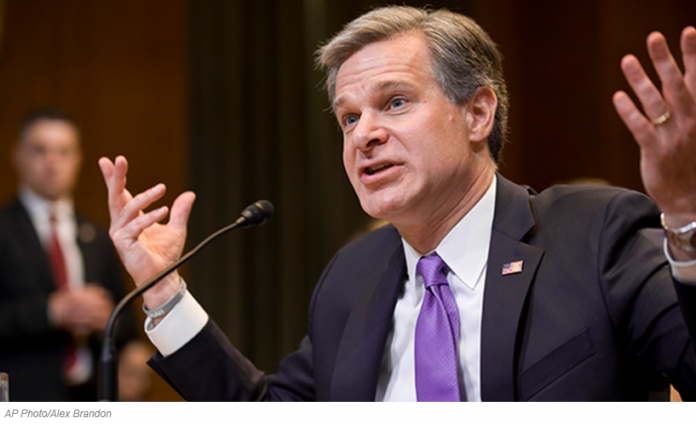 A pro-life activist’s home has been searched by the FBI in relation to a protest that happened in March 2021. Also instructed to turn themselves in to their local authorities to face charges were other attendees at the event.

The action resembled another raid the FBI conducted out in late September during which they invaded the home of pro-life author Mark Houck with guns drawn and took his stuff in front of his wailing children.

Chet Gallagher, a pro-life campaigner, was the victim in this case even though he was out of town at the time of the raid. The FBI then began questioning his neighbors in an effort to find him.

Early in March 2021, a group of people dedicated to saving the lives of unborn children went on a rescue mission to the Carafem abortion clinic in Mount Juliet, Tennessee. The mission was to reach out to women seeking abortions and convince them to choose life for their unborn children instead.

That incident from more than a year ago concluded in an FBI visit to at least one of the activist’s residences today, October 5, 2022. They were instructed to report to their local authorities so that they could be charged with conspiracy and violations of the federal FACE (Freedom of Access to Clinic Entrances) Act. Other people who took part in the scheme or were simply present at the facility that day were also ordered to report.

According to reports, the March 2021 protest was calm, with protesters lining the interior hallway of a building that houses both basic medical offices and, in one portion, the Carafem abortion center. On that day, the rescuers met in prayer and song; there was no violence. Some people videotaped the events. On that particular day, local police detained a number of participants; they were subsequently released after paying bond to resolve trespassing misdemeanor charges.

The FACE Act is unlawful nonsense, and hopefully the FBI’s overreach will result in it eventually reaching the Supreme Court. Although law enforcement may be able to remove protesters, it is absurd to think that the DOJ should be able to enter the scene and file charges on everyone.

Merrick Garland and Christopher Wray are currently acting as enforcers for the pro-abortion left by leveraging their corrupt bureaucracies. In the face of this attack, the pro-life movement must not falter. Such an event would be disastrous.