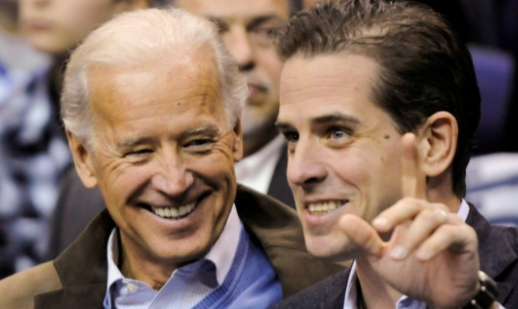 Joe Biden, the president, has at last come under scrutiny from a special counsel.

President Joe Biden’s personal office and residence were found to contain secret papers, according to an announcement made by Attorney General Merrick Garland on Thursday.

President Joe Biden’s suspected misuse of secret documents is the subject of an investigation that Attorney General Merrick Garland has assigned to a special counsel. Robert Hur is the special prosecutor. There are now two special prosecutors in place.

BREAKING: The DOJ has confirmed a third discovery of classified documents potentially mishandled by Joe Biden.

Joe Biden removed the declassified records while serving as vice president, and they are still classified today, unlike Donald Trump who kept them at a secure storage facility at Mar-a-Lago.

And to make matters worse, it was revealed that a second bundle of top-secret documents had been discovered in the garage of his Wilmington home. There are even rumors of a third batch of secret documents being uncovered, in addition to those found in a think tank closet at the Penn Biden Center office in Washington, D.C.

The “Laptop from Hell” author, Miranda Devine, has given the tale a fresh twist by claiming that Hunter Biden actually owned the home where he kept the secret documents.

Hunter Biden’s claim to own the home is supported by a document that Devine makes available.

In 2018 Hunter Biden claimed he owned the house where Joe Biden kept classified documents alongside his Corvette in the garage Via @jj_talking pic.twitter.com/L7c80MRRiS

On Hunter Biden’s infamous laptop, another connection between the confidential materials and him was found.

Shortly after leaving the vice presidential position, Biden was named the “Benjamin Franklin Presidential Practice Professor” at the University of Pennsylvania.

He discussed ideas for the Penn Biden Center for Diplomacy and Global Engagement with Hunter Biden, according to emails from the infamously abandoned laptop that belonged to Hunter Biden.

Biden’s cache of confidential documents was kept secret until after the midterm elections, according to Donald Trump, who claimed that he believes he knows what is inside of them.

“I think he knew probably right from the beginning and I think a lot of it had to do with Ukraine, because that was the papers he kept. And no, I think they knew about this for a long time and they didn’t do anything about it.”

Months after the midterm elections, the information regarding Biden’s alleged illegal possession of sensitive papers was just made public this week.