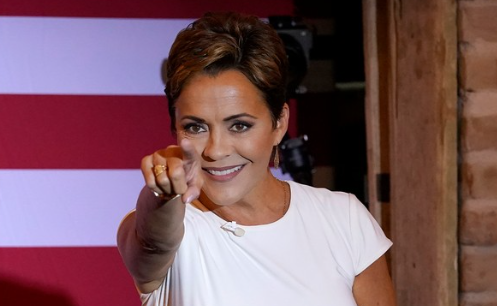 Arizona Republicans and Arizona Republican gubernatorial candidate, Kari Lake, are requesting the opportunity to scrutinize the results of the election from the midterms, declaring Lake the true winner.

Based on the lawsuit, the certified results point to mistakes and inaccuracies, although it clarifies that they are not “by this lawsuit, alleging any fraud, manipulation or other intentional wrongdoing that would impugn the outcomes of the November 8, 2022, general election.”

The 70-page complaint demands Katie Hobbs be removed from her position managing the election review.

Hobbs responded by dismissing Lake’s claims and charging her with trying to bring down democracy.

In a statement, Hobbs’s campaign manager said: “Kari Lake needs attention like a fish needs water, and independent experts and local election officials of both parties have made clear that this was a safe, secure, and fair election,” “Arizonans made their voices heard and elected Katie Hobbs as their governor.”

Lake has so far not conceded to Hobbs, arguing that the election was illegal.

In a tweet, Kari Lake called to show that the results of the election were messed with.