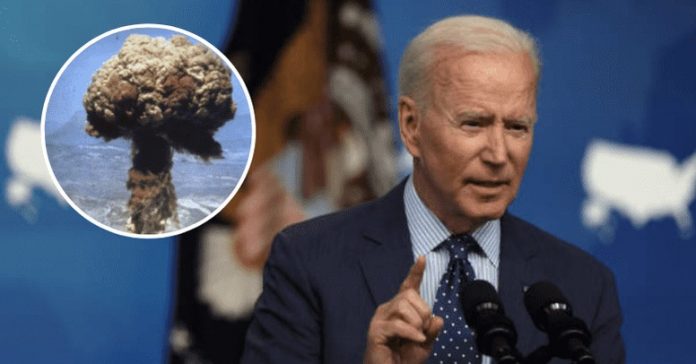 President Joe Biden says at the White House that insurrectionists would need a lot more than guns to take on the US government because it is equipped with a nuclear arsenal and warplanes.

BIDEN: "Those who say the blood of Patriots, you know, and all the stuff about how we’re gonna have to move against the government… If you think you need to have weapons to take on the government, you need F-15s and maybe some nuclear weapons." pic.twitter.com/BDawoxvMcd