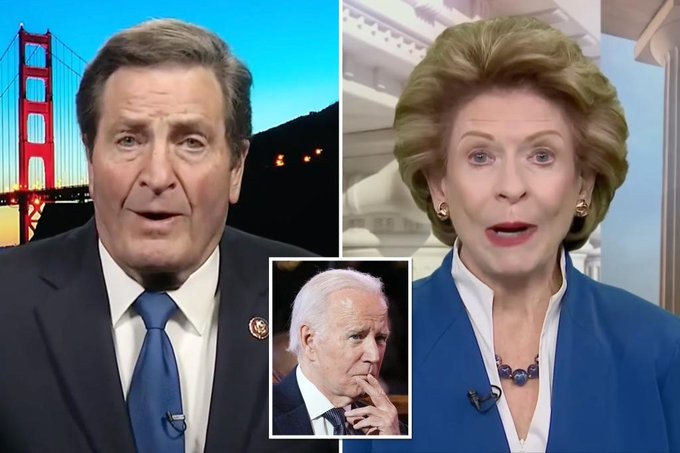 Congressional Democrats expressed their displeasure with the Biden administration’s handling of the ongoing secret documents controversy after more sensitive materials were discovered at his Delaware residence last week.

“Is there more to it? I doubt it, but we’ll find out from the special counsel as he goes about his business.”

Rep. John Garamendi (D-CA) calls the #GarageGate document scandal an “embarrassment”. Ilhan Omar (D-MN) calls it “serious”. Tell me that Democrats, who have no real love for @joebiden, are not planning on retiring him, now that he’s outlived his usefulness https://t.co/EpWZU9YezX

“What can the Justice Department do to reassure Americans?” Bream asked.

“Well, doing exactly what they’re doing now. We have a special counsel in place. The documents and the whole issue is before the special counsel, and the investigations will go forward with regard to these classified documents that were found,” Garamendi said.

“I can only, in fact, I don’t need to imagine, I know exactly what President Biden said when he was informed that these documents were found in his office — in his office in Washington. And that was, ‘Oh,’ followed by a four-letter expletive,” the lawmaker told Fox News.

“Does he have to eat those words considering what happened with him?” Todd asked.

“It’s certainly embarrassing. Right?” Stabenow answered. “I mean, it’s embarrassing that you would find a small number of documents, certainly not on purpose.”

After the Obama-era records were discovered at his Delaware home and an office he used at the Penn Biden Center in Washington, the senator praised the White House for allegedly collaborating with federal agencies.

“They don’t think it’s the right thing and they have been moving to correct it, working with the Department of Justice, working with everyone involved with the [National] Archives. And so from my perspective, you know, it’s one of those moments that obviously they wish hadn’t happened,” Stabenow said.

Rep. Adam Schiff (D-Calif.) said he supports the special counsels’ investigations as well as legislative inquiries into whether national security was jeopardized.

“I still would like to see Congress do its own assessment of — and receive an assessment from — the intelligence community of whether there was an exposure to others of these documents, whether there was harm to national security, on the case of either set of documents with either president,” he said on ABC News’ “This Week.”

“I think the special counsel was appropriately appointed,” Schiff added.

“Classified documents are to be taken seriously,” he told the program. “And they are to be handled with a great deal of care. And no one is above the law. So I’m glad to see the Justice Department doing its work, and we ought to let that work proceed … Nobody’s above the law. And we need to get to the bottom of this so that we don’t see this kind of thing happen again.”

Comer stated on Sunday that he is interested in learning who had access to the records discovered at Biden’s Delaware residence and the Penn Biden Center.

“This is the same type of investigation that the Democrats were so outraged and launched and demanded happen to President Trump,” Comer told CNN’s “State of the Union.” “We would never have known about the possession of the classified documents were it not for investigative reporting by CBS that somehow got a leak to determine that this had happened prior to the election.

“So the administration hasn’t been transparent about what’s going on with President Biden’s possession of classified documents,” he added. “And we just want equal treatment here with respect to how both former President Trump and current President Biden are being treated with the document issue.”