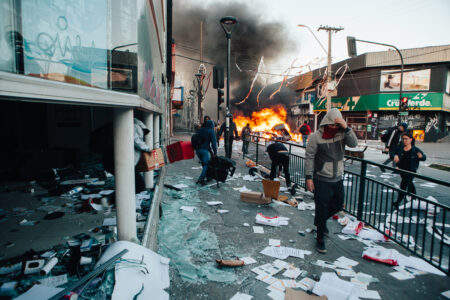 Due to frequent break-ins and theft, a clothes store in Portland, Oregon, has been forced to permanently close.

Numerous small businesses are closing as a result of the alarmingly high number of robberies and thefts that have occurred in Portland and other major American cities in recent years.

The closure of the store was announced through a note left on the front door, which was shared by KATU 2. The sign also includes this startling anecdote.

“Our city is in peril. Small businesses and large businesses cannot sustain doing business, in our city’s current state. We have no protection, or recourse, against the criminal behavior that goes unpunished. Do not be fooled into thinking that insurance companies covered the loss. We have sustained 15 break-ins… we have not received any financial reimbursement since the 3rd. This account sounds nothing like what we would expect from a booming first-world country like the United States and sounds even more unalike what should be happening in our largest cities,” the shop’s proprietor, Marcy Landolfo, owner of Rains PDX said.

Landolfo claims that after a break-in occurred last month, she phoned the mayor of the city to inquire about his plans for aiding small companies.

Ted Wheeler, the mayor, said he was working to increase a fund to aid small businesses in paying for building repairs following such raids.

Landolfo claims that is insufficient.

In the past year, 66,227 crimes in the city have been registered. Nearly 30,000 incidents of larceny and an additional 12,000 allegations of motor vehicle theft account for the majority of that total.