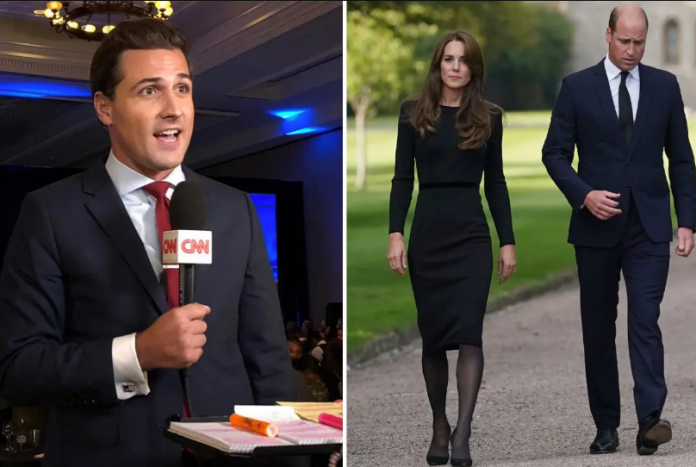 After referring to Prince Harry and Meghan Markle by name while dismissing Prince William and Kate Middleton as “the other two royals,” CNN is receiving harsh criticism.

Scott McLean made the error Saturday as the brothers and their wives rejoined to thank the throng who had arrived to show support and to observe the mountains of bouquets and balloons left by well-wishers. They were outside Windsor Castle.

He added that the first person to leave was Harry, followed by Meghan and the other two royals.

However, irritated viewers promptly criticized the rudeness on social media.

The agenda of CNN has been clear for months. For Harry and Meghan, they’re all in. Pathetic. The future king and queen are the “other two royals,” Daily Mail columnist Dan Wootton tweeted.

Another critic fumed, “The other two royals, being the heir to the throne and his wife the Princess of Wales, who will be Queen.”

Additionally, the left-leaning network was criticized for its skewed reporting.

The walkabout was the first time the couples had been spotted together in public since Commonwealth Day on March 9.

Two days after he supposedly barred his difficult daughter-in-law from the Queen’s deathbed, and only hours after their father, King Charles III, was officially crowned as Great Britain’s new king during a rare assembly of the nation’s Accession Council, the family formed a united front.

The new king gave his older son, William, and his wife, Kate, the titles of Prince and Princess of Wales on Friday as one of his first official acts as the new monarch. Charles and his late wife Diana previously held these titles.