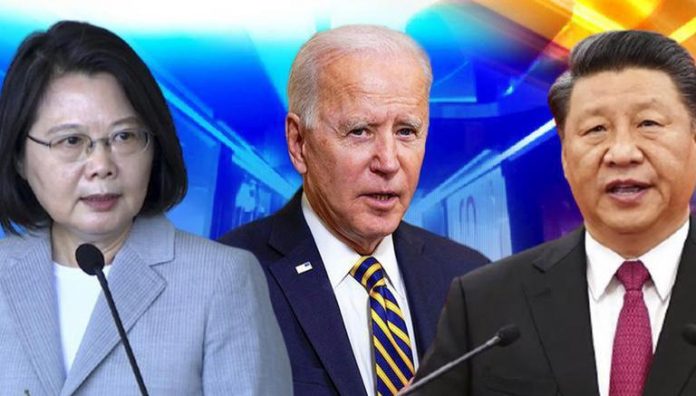 China was furious at the invitation by the Biden administration to Taiwan to participate in the “Summit for Democracy”. On Wednesday, the US was warned by China that Taipei will be “hurt” by being given the global stage. Beijing also criticized the summit saying it was designed to pursue Washington’s “geopolitical goals”.

The State Department of the United States announced Wednesday that Taiwan is one of 110 invited countries to the Washington-led Summit for Democracy, which will be held December 9-10.

The summit will bring together leaders from government and civil society. President Joe Biden will host it, according to the Hong Kong-based South China Morning Post.

Invitees from the Asia-Pacific region also include India, Japan, South Korea, Australia, Pakistan, and the Philippines.

Many European countries, including Serbia, are also welcome, but not Bosnia and Herzegovina and Hungary.

China has attacked the democracy summit for some time, claiming that the US can’t hold a patent for the event and that it is aimed to divide the world.

Beijing seems to be surprised at the invitation to Taiwan to participate in the democracy meeting, which was held against the backdrop of the virtual summit between Chinese President Xi Jinping with his US counterpart Biden.

China’s Foreign Ministry spokesperson Zhao Lijian sharply criticized the US move and stated that China strongly opposes the invitation to Taiwan by the US authorities for Taiwan to participate in the Summit for Democracy.

“There is only one China in the world and the government of the People’s Republic of China (PRC) is the sole legal government representing China, he said.

Zhao stressed that Taiwan is an inalienable component of China and that the One China principle is a well-recognized norm of international relations.

“We solemnly urge the US to abide by the One China principle, stop providing a platform for Taiwan independence forces, and stop emboldening them. Giving them the stage only makes the US hurt and puts it in a difficult situation. Playing with fire the pro-independence forces (of Taiwan) only getting themselves burnt,” he said.

He also attacked Democracy Summit, claiming that the US is trying to divide the world by holding it.

“Democracy is a common value of humanity and not a patent of a few countries. What the US did was that the so-called democracy is just an excuse for the US to pursue its geopolitical goals, suppress other countries, divide the world and serve its own selfish interests of maintaining its hegemony in the world,” Zhao said.

“In the name of democracy, the US is creating bloc politics and stoking confrontation. This is a revisit to the Cold War mentality. It is questioned and opposed by people holding fair views in the world,” he said.