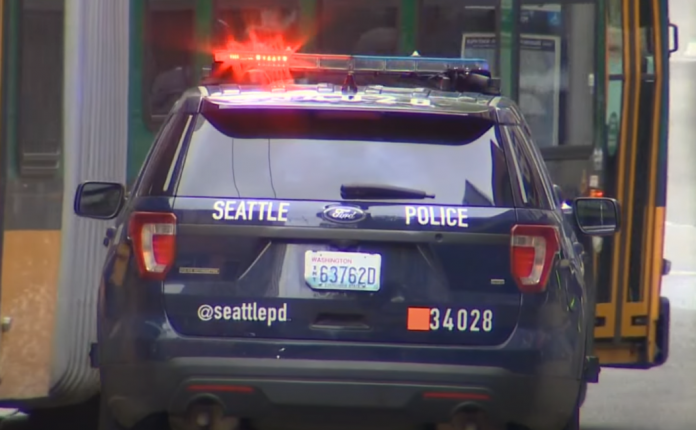 Individuals in society who have lost or may never have had a fear of authority, as a result of which they lack the typical inhibitions that keep people in line culturally.

When you mix inept and/or corrupt officials, neighborhoods like the south side of Chicago may resemble war zones.

For many years, Seattle, WA has struggled with rising crime and homelessness. In comparison to last year, its Interim Police Chief, Adrian Diaz, told a city council panel on March 25, 2022, the city has experienced a 95 percent spike in bullets fired and a 171 percent increase in individuals shot.

The Seattle Police Department detained one of those firing unlawfully, a convicted criminal, for burglary.

Police arrest burglar after he accidentally shoots himself in the head while fleeing scene of break-in: https://t.co/oV9Wvth4RT

In some type of Karma, or whatever you want to call it, he shot himself in the head while attempting to flee the scene of a break-in in a north Seattle area, according to the police department.

Around 7 a.m., the homeowner reported hearing noises coming from his garage. this coming Wednesday He went to investigate and saw a masked guy in his garage. With the victim following him, the culprit turned and bolted.

The suspect brandished a pistol at the victim and urged him to get back as he was getting into a vehicle.

When the victim arrived home, he contacted 911 to report hearing a gunshot and saw the vehicle accelerate away.

Officers arrived on the site and began searching for evidence. They soon heard on the radio that a guy had been shot in the head and was being treated at a First Hill hospital.

Officers went to the hospital to speak with the wounded person and discovered he was dressed in the same clothing as the burglary victim.

The suspect will be booked into the King County Jail for burglary, unauthorized possession of a firearm, felony harassment, and possession of a stolen car once he has healed from his injuries.