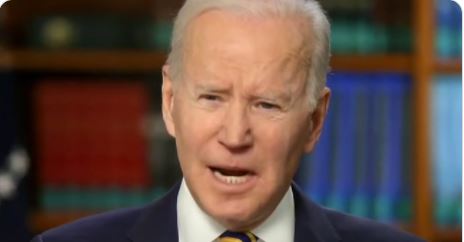 During a recent interview with NBC News’ Lester Holt, President Biden struggled to answer a question on the potential risks of leaving Afghanistan.

When asked about the difficulties of leaving Afghanistan and what may happen if we did, Biden snapped instead of lying or seeming clever.

As you can hear in the interview, Holt starts by questioning Biden about the evacuation and whether he believes he ignored the handwriting on the wall by pressing the evacuation.

On the question of American people, Holt stated that he must call our attention to the Army study, which is an investigation report on the events leading up to the pullout from Afghanistan. It spoke with a number of military leaders and commanders who claimed that the administration failed to see the writing on the wall. Another recounts trying to get personnel at the embassy ready to evacuate and coming across people who are basically in denial about the scenario.

Biden could have done anything at that time. He might have denied the report’s existence, claimed to have seen it but believed it was time to stop the war nevertheless, or said that he just didn’t believe the intelligence agencies’ forecasts about WMDs in Iraq.

That, however, was not what he did. Instead, he snapped and his mind began to melt as he vehemently denied everything, screaming, verbatim, “No. No. That’s not what I was told.”

Holt pressed Biden hard enough for him to make a clear declaration on the report.

Holt once again asked to clarify if Biden is rejecting the conclusions that are in the Army report. Shockingly, Biden said Yes.

The host inquired once more, just to make sure Biden understood what he was saying and what he was talking about.

But Biden didn’t take advantage of the opportunity to slither out of what he was saying later. He instead confirmed his previous views, saying, “I’m rejecting them.”