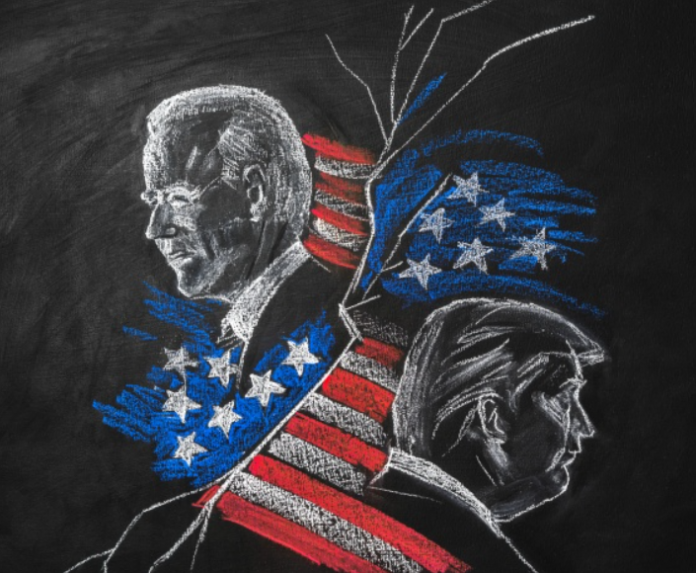 While prior surveys indicate that President Joe Biden’s job approval rating is steadily declining, it actually decreased in the most recent Rasmussen Reports daily tracking poll, dipping below that of former President Donald Trump, who had the lowest approval rating ever.

In four years of Rasmussen polls, Trump’s popularity rating never fell below 38%, while Biden’s approval rating on Friday was recorded at 37% by the polling firm.

The White House has attempted in vain to reverse Biden’s gradual decline in the polls with additional speeches, travel, and staffing changes, and now those Democrats hoping to hold onto their positions in November are now pulling away from him, according to the news source.

The president’s approval rating among Democrats has dropped to a record-low 65 percent, from a high of over 70 percent.

Voters’ worries about the president span from the economy’s status to skyrocketing inflation to energy prices, and they are certain to have an impact on this year’s midterm legislative elections.

Rasmussen said that economic confidence has dropped to its lowest point since 2014 in an update on consumer spending.

According to Rasmussen’s study, only 19 percent of people think the economy is good to outstanding, and 69 percent believe it will go worse. This is a seven-point increase from June. The gloomy consumer picture may make it harder for Democrats to defeat Republicans in House elections.

According to Rasmussen’s research, the difference between those who would vote for a Republican and a Democrat if the election were conducted today was 3 points, or 48 percent to 40 percent.

According to columnist Miranda Devine, Democrats held a six-point lead over Republicans in the general congressional election in July 2018 (46 percent to 40 percent).

Before Democrats secured a narrow House majority and Republicans gained Senate seats to keep control of that chamber, the margin was a statistical dead tie as the November 2022 midterm elections drew near: Republicans 46%, Democrats 45%.