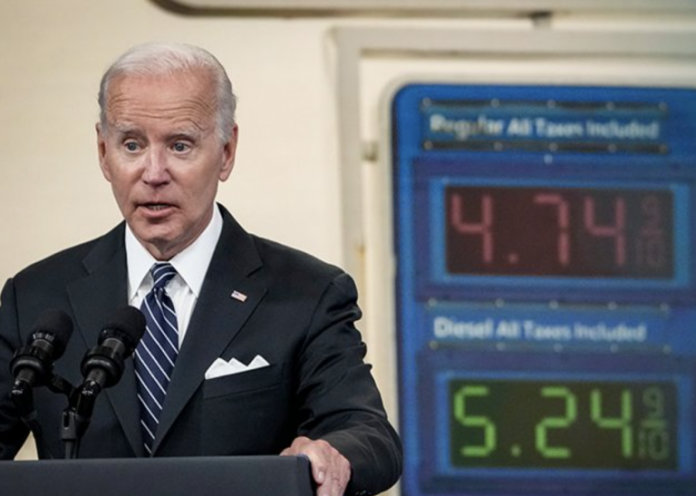 At a White House gathering on Monday addressing rising prices for consumers, President Joe Biden asserted that the price of a gallon of gasoline was under three dollars.

According to the American Automobile Association, no state’s average cost is less than $3. According to Gasbuddy.com, Mississippi has the lowest gas prices at $3.04 per gallon. Biden did not, however, retract his claim.

Similar claims were made by Biden last week, but the White House fact-checked them and found them to be false.

During a White House speech on the economy, the president strained and frequently cleared his throat while speaking.

While discussing the economy and the rising costs of goods and services, the president was seen sucking on what seemed to be a lozenge. He asserted that he and his administration were having an impact despite inflation continuing to rise.

He once more urged gas outlets to lower their gasoline prices.

Biden bragged, reading from the prepared notes in his binder, “We made historic progress” into the microphone in a raspy voice.

The president also talked about increased airline prices, such as charges for parents to sit near their kids on a flight.