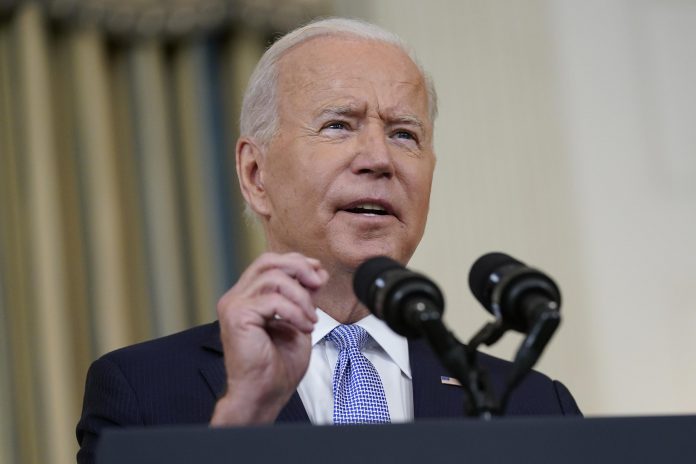 CNN stated that Biden won in 2020 largely because he was able to win the center. With independent voters, he won by 13 points. This is the same group Hillary Clinton lost to in 2016 by four points.

According to the news network, Biden should be concerned that his approval rating is falling disproportionately among independents.

Henry Olsen, a columnist for The Washington Post wrote that “Biden’s poor standing with independents spells catastrophe for Democrats in midterm elections if he doesn’t substantially improve.”

CNN reported that the president’s net approval ratings among independents in polls conducted in September and October are now at -16 points.

His rating among independents was +3 in June and July polls

According to the news network, his net approval rating was higher among Democrats (+79%) and lower among Republicans (-84).

In the June and July polls, his approval rating was +88 for Democrats and -72 for GOP voters.

It is evident that the drop in Democrats (9 points) and Republicans (12 points) is significant, but it is greater among independent voters (19).

And Olsen pointed out: “Progressives who say it’s more important to energize the base for the midterms are wrong. Democrats’ 2018 wave was fueled much more because they won independents by 12 points than by turning out more Democrats.

“The Republican 63-seat House pickup in 2010 was also fueled primarily by independents; the GOP won this demographic by a whopping 19 points that year. Tea party activists claimed the credit for the win, much as progressive women’s and youth groups garnered accolades for 2018, but in each case, it was the quiet independent voters who made the difference.”