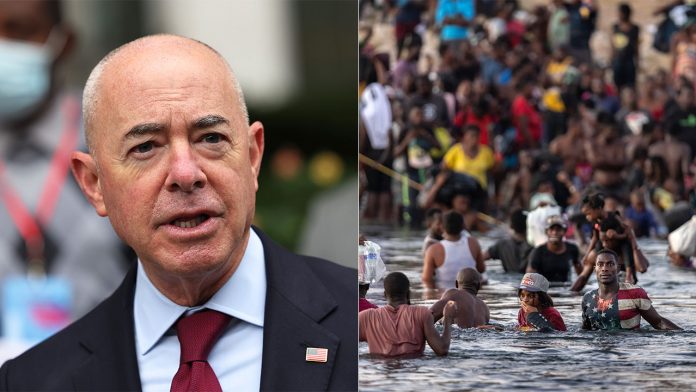 The Department of Homeland Security announced it would cancel more contracts for the construction of a Rio Grande Valley border wall, even though the DHS had recently stated it was ready for up to 400,000 border arrests this month.

According to DHS, the unused cash Congress provided for the construction of the wall will instead be used for environmental projects such as “biological, cultural, and natural resources surveys” in the border area.

This announcement is the latest in a series of moves to cancel contracts to build a wall at the US-Mexico border. It comes after President Joe Biden ordered a halt to the construction of the wall and requested that funds and projects be reviewed, according to CNN.

CNN was informed by Henry Cuellar, a Texas Democratic Representative. He said that the most recent cancellations were for 44 miles.

He insisted in a statement that the authorities “will now be able to utilize redirected funds for the deployment of innovative border security technology that helps DHS achieve operational control and provide situational awareness between the ports of entry.”

Republicans criticized the move harshly, with Oklahoma Senator James Lankford tweeting “Leave It to Biden and His Team to Cancel Border Contracts for ‘environmental Reasons’ when there is a 21-year high in illegal crossers. It is clear that they don’t want to stop illegal immigration.”

He added that “everyone sees what’s going on at the border except for this administration.”

Rodney Scott, former chief of the United States Border Patrol, blasted the Biden administration’s actions regarding the issue since January. He told Fox News that “we were supposed do an in-depth study and then come up a plan going forward” in relation to the border wall.

“Border Patrol did its part, everything, that was done within about two weeks. Several briefings later, there really had not been any decisions made, it went well beyond the 60 days. Many of those projects today are just still on hold. So we’re paying contractors, for a while it was almost $5 million a day between DOD and DHS.”

Scott stated that there are “stacks and stacks” of border panels, hundreds of miles worth of fiber optic cabling, hundreds of cameras being installed with it, but that they are “just sitting,” and that no action is being taken.